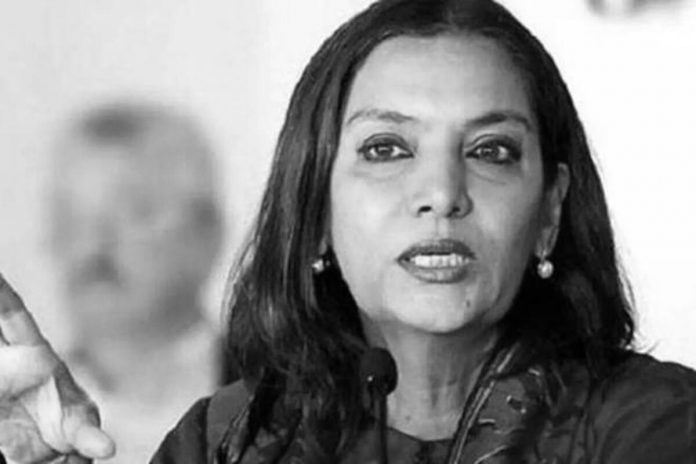 On Shabana Azmi’s 71st birthday on September 18, Narendra Kusnur selects a mix of hits and rarer tunes from the lesser-successful films.

After Shyam Benegal’s Ankur in 1974, Shabana Azmi became a major name in parallel cinema. Though she also had her share of commercial films, she was known to choose movies with good and relevant subjects.

On her 71st birthday on September 18, we select 10 of her songs. The list is a mix of hits and rarer tunes from the lesser-successful films. Some readers may wonder why we haven’t included the Amar Akbar Anthony hit “Humko Tumse Ho Gaya Hai Pyaar’, but that’s because the song had so many other stars, and wasn’t specifically focused on her. The order is chronological.

A rare and moving song sung by Preeti Sagar, it was composed by Vanraj Bhatia, using no instrumental back-up, but a few crowd noises in some portions. Shabana appeared in the early part, and the song also featured Naseeruddin Shah and Girish Karnad. Traditional lyrics by Quli Qutb Shah were in the Dakhni language spoken around Hyderabad. The song was also rendered by others including Pakistani singer Iqbal Bano.

Though Swami was best known for the Yesudas song ‘Ka Karoon Sajni’, this Lata tune had a huge following. A mix of rain and indoor shots, it was filmed on Shabana and Vikram. Music was by Rajesh Roshan and lyrics were by Amit Khanna, who expressed longing through the line, “Dinbhar mujhe yun sataaye, un bin ab toh raha nahin jaaye”.

Though Shabana didn’t lip-sync to this song, sung by Jagjit Singh for Raj Kiran, her expressions and emotional turmoil were wonderfully depicted as she saw Kulbhushan Kharbanda and Smita Patil enter the restaurant. Music was by Jagjit and Chitra Singh, with Kaifi Azmi writing the words in nazm format.

Compared to other heroines, Shabana probably got lesser songs. But some of the rare ones are appreciated by connoisseurs even today.