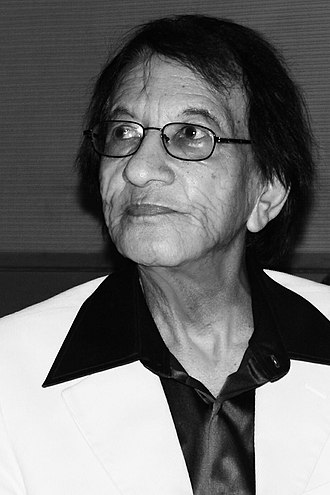 On May 29 2000, Hindi film music lost a gem with the demise of lyricist Yogesh Gaur. In the 1970s, he had some huge hits with music directors Salil Chowdhury, S.D. Burman, Rajesh Roshan and R.D. Burman, though he was never as prolific as his contemporaries.

To mark Yogesh’s second death anniversary, we choose 10 of his most renowned numbers. Some films had two or more great songs, and it was difficult to pinpoint one. The list is chronological.

The song had two versions, by Lata and Kishore. While the first showed Amitabh and Moushumi in the Mumbai rains, the second was shot at a function indoors. R.D. Burman composed the music in raag Kirwani. The lyrics were, “Rimjhim gire saawan, sulagh sulagh jaaye man, bheege aaj is mausam mein, lagi kaisi yeh agan”. It remains a regular on rain song playlists.

After Shaukeen, Yogesh chose very few films, as he wasn’t happy with the subjects. The releases were sporadic till the early 2000s, though he made a comeback after 15 years with Angrezi Mein Kehte Hain in 2018. His earlier hits are, of course, hummed even today.