Remembering Bhupinder Singh with his songs 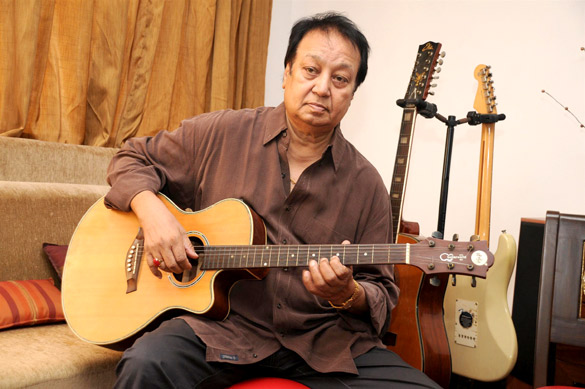 The death of singer Bhupinder Singh in Mumbai on July 18 has come as a huge loss for Hindi film music and ghazals. He was admired for his distinctly bass voice and sense of expression.

This was Bhupinder’s first solo song where he also played guitar and appeared on screen. Music was by Khayyam and lyrics were by Kaifi Azmi. It was also Rajesh Khanna’s debut film. Incidentally, Bhupinder passed away on the same day as Rajesh Khanna’s 10th death anniversary.

Sung by Lata Mangeshkar and Bhupinder, this song was filmed on Jaya Bhaduri and Sanjeev Kumar. Music was by R.D. Burman and lyrics were by Gulzar. It’s said Burman wanted Kishore Kumar to sing the song, but the star singer felt Bhupinder’s voice and style suited the tune better.

This Kabir bhajan has been sung by many but Bhupinder’s version is one of the most popular. The words are, “Moko kahaan dhoonde re bande, main toh tere paas mein”. It goes on to say, “Na tirath mein, na murat mein, na ekaant nivas mein, na mandir mein, na masjid mein, na kaabe kailash mein”.

The song was in two versions – fast and slow – with Bhupinder sounding excellent on both. The faster version, filmed on Sanjeev Kumar and Sharmila Tagore, also featured Lata. Madan Mohan composed the music and Gulzar wrote the words. The opening lines were inspired by a Ghalib poem.

Though Bhupinder focused on ghazals in the 1980s, he had some big film hits too. ‘Karoge Yaad Toh’ (Bazaar, 1982) and ‘Huzoor Is Kadar Bhi’ (Masoom, 1983) were mentioned in the Naseeruddin Shah special column last week. There was also the brilliant ‘Kisi Nazar Ko Tera’ with Asha Bhosle in Aitbaar (1985). Poetically, ‘Kabhi Kisi Ko Muqammal’ written by Nida Fazli in Ahista Ahista has remained special. Music was by Khayyam, and Kunal Kapoor and Padmini Kolhapure appeared on screen.

Besides these songs and other ghazal albums, one record worth checking out is Gulzar’s Sunset Point, featuring Bhupinder and K.S. Chithra. Released, it once again proved what a fantastic combination Gulzar and Bhupinder were.