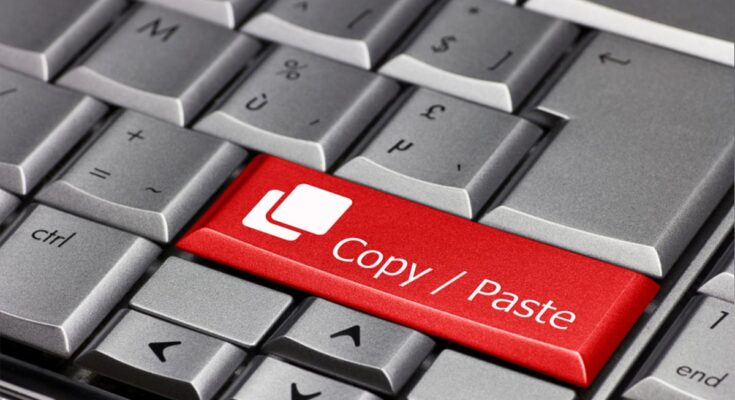 Hindi film music is by now known for picking up songs from English and other languages, and turning them into desi numbers. Narendra Kusnur lists a few popular copies

Every September, the title tune of the 1961 Hollywood film Come September does the social media rounds. Some even forward links of ‘Nazrein Mili’ from the 1995 film Raja, where Nadeem-Shravan had blatantly lifted the western tune.

This year, there was an added attraction, as a non-film version sung by 1960s singer Suman Kalyanpur is also being circulated. Composed by Shankar-Jaikishen, it begins with the lines ‘Rimjhim jhim jhim’ and credits Come September in its title.

There are two other known Indian versions of this song. In 1967, T.K. Ramamoorthy’s song ‘Vanthal Ennodu’ from the Tamil film Naan used the same tune. And in the 1995 film Baazi, Anu Malik used it in ‘Dole Dole Dil Dole’.

There have been other instances where the same tune has been used in multiple songs. SD Burman’s ‘Thandi Hawayein’ from Naujawan, itself loosely inspired by a tune from Arabian Nights, was later used by Madan Mohan in ‘Yehi Hai Tamanna’ (from Aap Ki Parchaiyan), Roshan in ‘Rahein Na Rahein Hum’ (Mamta) and RD Burman in ‘Saagar Kinare’ (Saagar), among others.

Plagiarism has been rampant for years, and even the most renowned music directors have taken western tunes. In some cases, they acknowledged the source, but in others, the ‘copy’ was discovered by listeners.

Here are 20 instances where western tunes have been lifted. The actual list is much longer, and extends to a few hundred.

The song became an anthem for Bombay, but OP Nayyar’s tune was clearly a rehash of the country hit ‘O My Darling Clementine’, popularised by Freddie Quinn. Mohammed Rafi sang the song written by Majrooh Sultanpuri, with Geeta Dutt coming in on a verse. Johnny Walker appeared on screen.

Music director Salil Chowdhury admitted that this 1961 tune was a take on the opening movement of Mozart’s 40th Symphony. It was written by Rajendra Krishan, sung by Talat Mehmood and Lata Mangeshkar, and picturised on Sunil Dutt and Asha Parekh.

The opening of this Shankar-Jaikishen hit seemed inspired by the Beatles song ‘With A Little Help From My Friends’. Written by Hasrat Jaipuri, it was sung by Rafi and Asha Bhosle in the 1971 film.

The song was a big hit for RD Burman. Written by Sultanpuri, it had Zeenat Aman and Vijay Arora lip-syncing to the playback of Bhosle and Rafi. Later it was discovered that it was a rehash of ‘If It’s Tuesday, This Must Be Belgium’, popularised by Bojoura.

One of Usha Uthup’s hits filmed on Kalpana Iyer and Amjad Khan in a cabaret bar. Bappi Lahiri took the melody from Neil Sedaka’s ‘One Way Ticket’, popularised by British disco group Eruption. The song was written by Anjaan.

Sung by Amit Kumar and Kanchan to Kalyanji-Anandji’s tune and written by Indeevar, ‘Laila O Laila’ was known for its robust drumming. Picturised on Zeenat Aman, Amjad Khan and Feroz Khan, it was a lift of ‘Chicano’ by Brussels-based Afrobeat group Black Blood.

The theme from Subhash Ghai’s Karz, composed by Laxmikant-Pyarelal, became hugely popular. Not many knew it was a direct lift of ‘We As Love’, written by Ronnie Foster in jazz guitarist George Benson’s 1978 album Weekend In LA.

Bappi Lahiri was at it again, in this song written by Farooq Kaiser and sung by Usha Uthup and Lahiri. The original was ‘Video Killed The Radio Star’ by the British new wave band The Buggles, which had become a rage as it talked of the popularity of music television and decline of radio.

Cuban-American singer Gloria Estefan had become an international sensation in the late 1980s, and music directors Kalyanji-Anandji thought it was appropriate to use the catch line ‘Oye Oye’ from her song ‘Rhythm Is Gonna Get You’. It was sung by Amit Kumar and Sapna Mukherjee, with lyrics by Anand Bakshi.

RD Burman rehashed the Leo Sayer hit ‘When I Need You’ to create this tune picturised on Anil Kapoor and Madhuri Dixit. Written by Khurshid Hallauri, it was sung by Suresh Wadkar and Bhosle. It was an extremely successful love song, though people took a while to figure out it wasn’t original.

Rajesh Roshan took the popular folk tune ‘500 Miles’ to create this song, which was one of Kumar Sanu’s early hits, and also featured Sadhna Sargam. The English version was recorded by many artistes including Peter Paul & Mary and Bobby Bare. The Hindi words were written by Indeevar.

The Hindi version of Stevie Wonder’s ‘I Just Called To Say I Love You’ was set to tune by Raam Laxman. Mangeshkar and SP Balasubramaniam sang the song penned by Dev Kohli. The music directors also copied rock band Europe’s ‘The Final Countdown’ in the same film to create ‘Mere Rang Mein’.

Nadeem-Shravan had a major hit with this song which was obviously inspired by American singer Joyce Sims’ ‘Come Into My Life’. Sung by Kumar Sanu, it was penned by Rani Malik. The film starred Rahul Roy and Anu Agarwal.

Music director Anu Malik had a phase when he plagiarised a lot of tunes, and would pick up the most unexpected ones. The opening of this song is pinched straight from rock band Deep Purple’s ‘Child In Time’. Written by Sultanpuri, it was sung by Udit Narayan, the newcomer Shankar Mahadevan and Aamir Khan.

Malik expressed surprise when first told of the similarity but later admitted the chorus of this song was a faster version of the standard ‘A-Tisket A-Tasket’, popularised by jazz legend Ella Fitzgerald. Written by Javed Akhtar, it was rendered by Kavita Krishnamurthy and Abhijeet.

A note-by-note copy of Canadian singer Anne Murray’s ‘You Needed Me’ by Jatin-Lalit. Written by Javed Akhtar, it was sung by Kumar Sanu and Alka Yagnik. Marc Robinson and Tara Deshpande appeared on screen.

Composer Pritam had a different strategy. Instead of taking English tunes, he picked up melodies from different regions of the world. The sources remained unknown till some Net-friendly listener discovered the catch. ‘Shikdum’, for instance, was inspired by ‘Sikidim’ by Turkish singer Tarken. Sung by Shaan and Shreya Ghoshal, it was written by Sameer. 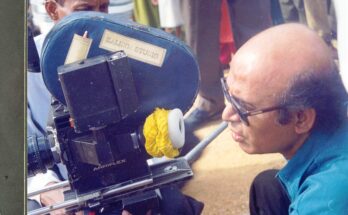