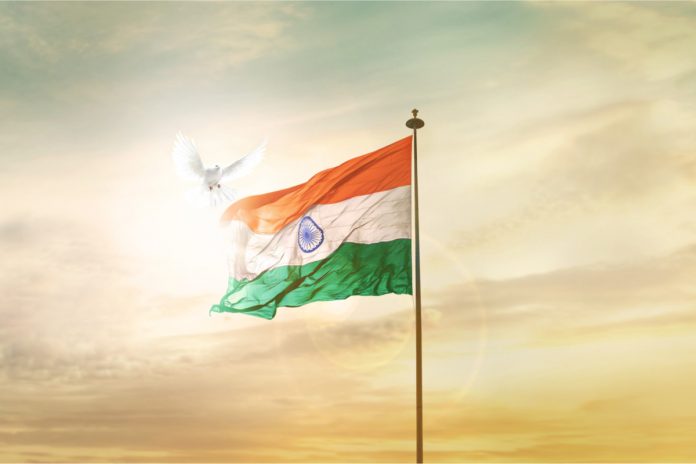 August 15, is a very special date in the diary of every Indian.

India was granted Independence from the British rule, and  Indians breathed the air of our free Motherland.

The timeline traces an arduous journey to win our independence:

1600’s, is where India’s colonialisation began, as merchants who travelled to India to trade established their roots through The East India Company and soon exercised military and administrative power leading to the suppression of locals.

1757, The East India Company established its foothold; this was the beginning of unfair rule.

1857, witnessed The Great Struggle or The Sepoy Mutiny, which marked the beginning of a new era in the country’s freedom movement.

1919, April 13, in Amritsar Punjab, Indians, (unaware of the imposition of martial law that prohibited gatherings at public places) gathered to protest against the deportment of two national leaders, Satya Pal and Dr. Saifuddin Kitchlew. The non-violent protest ended with an order by General Reginald Dyer to fire at sight, resulting in the bloodshed and killing of thousands of Indians. This came to be known as the Jallianwala Bagh Massacre or The Amritsar Massacre, resulting in the birth of the Non-Cooperation Movement spearheaded by Mahatma Gandhi. The people protested by boycotting British goods and supporting local handicrafts.

A series of tragic incidents followed;

1943, The Bengal famine, claimed up to five million lives.

This disparity only strengthened the struggle to gain complete independence through the movement of “Satyagrah” non-violence.

1948, June 26, finally, the British parliament commanded Lord Mountbatten, the Viceroy of India, to transfer all governing powers to Indian leaders (It is a known fact: if Lord Mountbatten had waited till the originally planned date of June 1948, there would have been no power left to transfer.)

Hence the date was preponed to August 1947.

1947, June 15, All India Congress Committee voted for a partition between India and Pakistan

1947, July 4, the British government presented the Indian Independence Bill in the British House of Commons

This was the end of the British rule in India

It marked the Independence of India from British rule, as well as the partition of the sub continent — India and Pakistan.

1950, January 26, came to be known as the Republic Day of India. The Constitution of India replaced The Government of India Act, turning the nation into a newly formed Republic.

The most remembered speeches of Indian leaders speaking to the people on the day of independence were that of,

Mahatma Gandhi: The Father of our Nation

DAWN OF INDEPENDENCE: by Mahatma Gandhi

Mahatma Gandhi said,“From tomorrow (August 15) we shall be delivered from the bondage of the British rule, but from midnight today, India will be partitioned too, therefore, tomorrow will be a day of rejoicing, it will be a day of sorrow as well. It will throw a heavy burden of responsibility upon us, let us pray to God that HE may give us strength to bear it.”

TRYST WITH DESTINY: At the Constitution Assembly of India

“Long years ago we made a tryst with destiny, and now the time comes, when we redeem our pledge wholly or in full measure, but very substantially. At the stroke of the midnight hour, when the world sleeps, India will awake to life and freedom. A moment comes, which comes but rarely in history, when we step out from the old to the new, when an age ends, and when the soul of a nation, long suppressed, finds utterance. It is fitting that at this solemn moment we take the pledge of dedication to the service of India and her people and to the still larger cause of humanity.”

‘Today when we are witnessing the fulfillment of our life’s ambition and participating in the victory that has crowned the nation’s struggle for freedom, it is our first duty to pay homage to the memory of those whose sacrifices have contributed so much to this glorious conclusion of that struggle. Let the nation honour their memory in the rejoicing which freedom has brought in its train.’

Going back to 1947, it was a day when at the stroke of midnight, India’s first Prime minister Jawaharlal Nehru, hoisted the Indian flag above the Lahori Gate of the Red Fort in Delhi, the capital city of India. The tradition is followed to date. The incumbent Prime Minister, the three armed forces and the people of India gather at the Red Fort (Old Delhi) and customarily hoist our tricolor. This ceremony begins with a grand parade by the three armed forces, folk dances by the children of India, generals of the three armed forces along with the Prime Minister hoist and salute the flag, The National Anthem Jana Gana Mana is orchestrated by the forces band with every person present standing to attention, holding their breath or singing out loud the words in exactly fifty-two seconds. As a mark of respect, countrywide, every Government institution, every education institution, every cultural and heritage institution hoists the flag full mast year on year on this very auspicious day.

A country that survived a tempestuous struggle for freedom that lasted for about ninety years from 1857 to 1947 to 75 years of freedom has come a long way.

Indians will keep fighting against corruption, communalism, terrorism, poverty and casteism, to raise the bar of humanitarism.

An India free of poverty and social biases.

An India compassionate to HER people.

Let 2021 be a year to rejuvenate, restore, restructure, a promise for a better India.

The significance and history of Independence Day is to remember and reflect on our pledge:

“To my country and my people, I pledge my devotion. In their well-being and prosperity alone lies my happiness.”

: India got its name as a derivative from the river ”INDUS” or “Sindhu” which accounts for its people to be called “Hindus” and has been in use in Persian and Greek since Herodotus (5th century BCE).

: India is the second highest populated country in the world.

: Fourteen full time presidents have ruled, of which one was female.

: Fifteen prime ministers appointed of which one was female

: India’s space program ranks in the top five of the world, ISRO, has a record of more than 100 successful space missions since 1969

: The national flag of India is horizontal, rectangular in shape and has three colours : saffron, which stands for, strength and courage,  white, stands for peace, truth, green for fertility, growth and auspiciousness of the land, with the Ashoka Chakra or Dharma chakra(wheel of law) in navy blue, placed in the center of the flag. The Asoka chakra has 24 spokes representing Dharma or life principles.

: The National Anthem of India Jana Gana Mana  is originally composed in Bengali by Rabindranath Tagore.

The Lion Capital of Ashoka at Sarnath is the national emblem of India. It is made up of four Asiatic Lions standing back to back on a circular abacus. The abacus has sculptures of an elephant, a horse, a bull and a lion, separated by wheels in between. The national emblem stands on a full-bloomed inverted lotus flower.

: Indian Rupee is the official currency of the Republic of India. The symbol of Indian rupee is derived from the Devanagari consonant “र” (ra). The Indian rupee is named after the silver coin, which is called Rupiya.