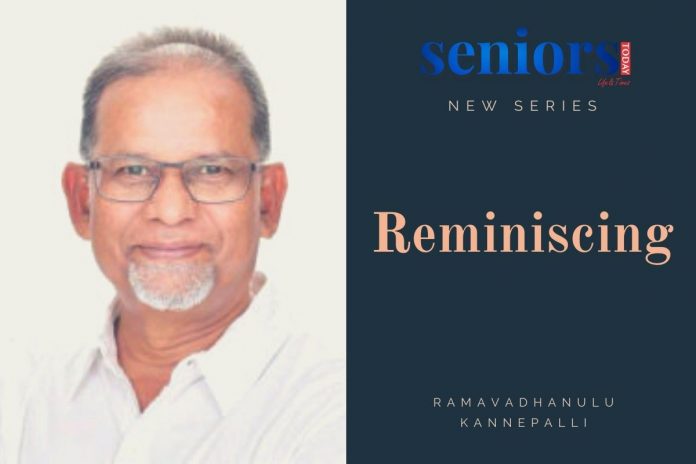 I recently saw the old video of Gary Sobers scoring six sixes in an over, and was thrilled to see it again.

It took me back to my school days.

Those were the days when sixes were rare and cricket was cricket in the old fashioned way. Nothing remotely like the present day 20-20s, IPL, etc.

The thrill I used to experience in the late 60s (my growing up years), listening to the radio commentaries, reading the newspapers, oh, there are no words for it!!

This was at Berhampur (Orissa), where I grew up. We used to get Indian Express at home, but I just had to gobble up the cricket coverage in other papers also. There was a small public library a little distance from our house. There was an octogenarian (maybe nonagenarian) gentleman who was my competitor for Amrita Bazar Patrika (an English paper from Calcutta, at that time). If he could get hold of the paper before me, I had to wait at least two hours before I could lay hands on it. He used to look daggers at me as if I was his mortal enemy. He wouldn’t part with a single sheet till he finished the whole paper. So, I used to watch from my house till he reached the library gate and start from my house to beat him to it. I would finish reading in about 15 minutes and hand it over to him, feeling victorious.

Some more pleasant memories from my school days:

We used to go to Kakinada (Andhra Pradesh) to my maternal grandmother’s place every year for the summer holidays and stay there for a full two months.

The house (a really big one) used to be full, with all other aunts, their husbands and children being there on their yearly migration. There used to be 20 – 25 heads at both mealtimes. I just can’t fathom how they used to manage it those days.

My grand mom was a towering personality with an acerbic tongue, but with a heart of gold. She was especially fond of me, and used to secretly give me two annas every day for having a dosa at Welcome Hotel. My mouth is starting to water at the very memory of those dosas, even as I am writing this.

There was Vasanth Vihar Hotel on the Main Road, which used to display ice creams, priced at 4 annas). I used to dream about them and was always planning to skip one dosa and save it to buy an ice cream just once. But I could never manage it and failed all the time.

Those two months of summer were pure bliss. No deadlines, no studies, no tasks to be completed.

We had an uncle (maternal aunt’s husband) who was Manager of a cinema theatre. He was a powerful personality, and though he was Manager, it was as if he was the proprietor. He had a free run of the place. The proprietor was a childhood friend/schoolmate of his and was of a somewhat meek disposition and very soft-spoken. My uncle used to address him, “Rey, Babjee” in front of everyone, just to drive home the point that he was in charge.

That cinema was a second home to us, especially to me and another cousin. We could go any time of the day, walk into any class we liked, watch any part of any movie any number of times, oh, it was something. Telugu, Hindi movies, and English morning shows.

My uncle’s office was upstairs in a 2-storey building, and downstairs there was the canteen which served tea, coffee and snacks during the interval. The Upma there was out of this world. I just needed to ask my uncle and he would yell from upstairs, “Re, Padmanabham, give him 2 upmas” . I usually had 3, the portions being small.

Not only that cinema, we had access to all 10 cinema theatres in town, at that time. My uncle would make a phone call and we would go to the first day, first show of practically all movies.

Everything was for free. Everything seemed almost magical when I look back now.

Those were the days!