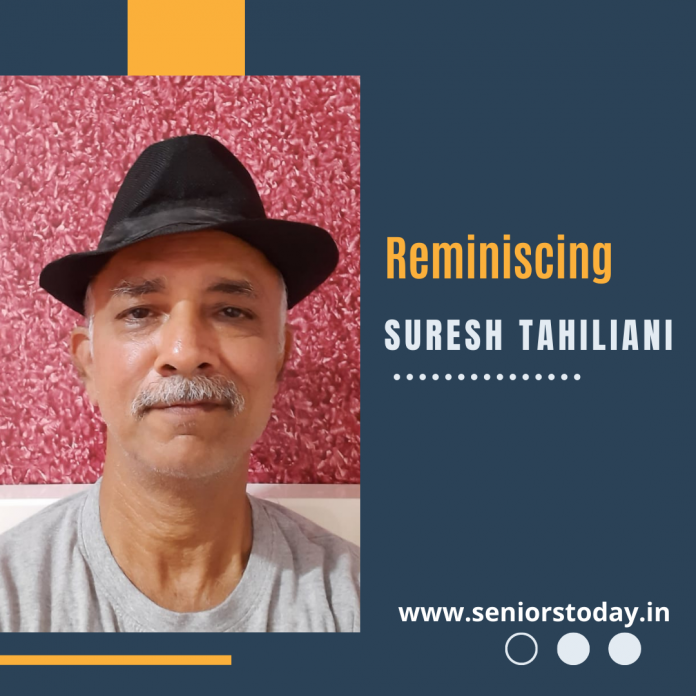 An Unforgettable Incident Of Life

My name is Suresh Tahiliani.  After completing Mechanical Engineering, I did my Marine Engineering and joined ship. People always have a view that persons working on ship are getting good money and at the same time they get a chance to see the world. It is true but people don’t know dangers involved at sea.  Here I am giving you count of an accident which happened with our ship when I was on board.

This incident, I cannot forget.

I was working on this SCI (Shipping Corporation of India) ship.  The name of the ship was M.V.Vishwa Mohini, a General Cargo vessel. Ship docked at Middleborough port in England. The ship loaded some heavy machinery parts in hatch & paint, sulphuric acid, containers on deck and started sailing to Mumbai.  The date was 12th April 1993. Heavy machinery parts which were inside hatch were not lashed properly as ship had to leave port early.  Captain decided to lash (secure) parts properly during sailing. It was our bad luck that after sailing for few ours when ship was 130 miles north of Spanish coast, we experienced rough weather. Captain underestimated storm but sent a massage to Spanish authority CNCS (National Center for rescue Co-ordination) that ship was experiencing bad weather and need to shift some heavy parts by helicopter to avoid ship from getting damaged as those heavy parts inside hatch started moving as they were not properly lashed (secured by chains and ropes).

Spanish Authorities asked “do you need to shift crew on board?”  Captain said “No, not required”.

Before helicopter arrived weather became rougher with wind speed picked up to 30 knots (approx. 55 km per hour) along with huge waves.  Heavy parts which were inside hatch became loose and started moving inside the hatch making loud banging sound.  It became impossible to go inside hatch and lash them. These parts were hitting ship side from inside the hatch.  After about 15 minutes of banging shipside from inside shipside got holed and water started gushing inside.

There were 55 persons on board.  48 ship crew and 7 relatives of ship officers.  Sea was very rough and wind was picking up very fast.  Sea water temperature was 14 deg. Celsius.

We all took Lifejackets and came on open deck to take lifeboats and life rafts. Ship was sinking very fast.  SOS was sent to coast guard for rescue but by that time it was too late.

Helicopter “Helium Galicia” came for rescue but could rescue only 10 persons before ship sank. (Ship sank about 50 miles north of Cape Penas.)

I was not so lucky to be rescued by helicopter. Myself and all others remaining on board had no other choice but to jump into the water.  Water was very cold, waves & wind were very strong.  I was wearing lifejacket and waves were tossing everyone up and down.  I could see others screaming and going up and down in water waves.  I kept cool.  After spending around one hour in icy water I saw one helicopter roaring above my head.  They threw a rope ladder towards me and I caught hold of it.  My hands were freezing and I tried to get on to the ladder but my hands refused to do so for some time.  I gathered more courage and somehow with lots of pain, I managed to climb on ladder in that chilly weather.  I was pulled safely on board Helicopter. That time I was not aware about number of persons rescued from seawater.  Picture became clearer after reaching shore.  In all 17 persons were rescued from seawater.

Today also I feel sorry for persons who lost lives that time and also thank GOD for giving me 2nd chance in life.

With these words, I thank you all for reading this real life incident.