What is it like when your spouse leaves you at age 59? 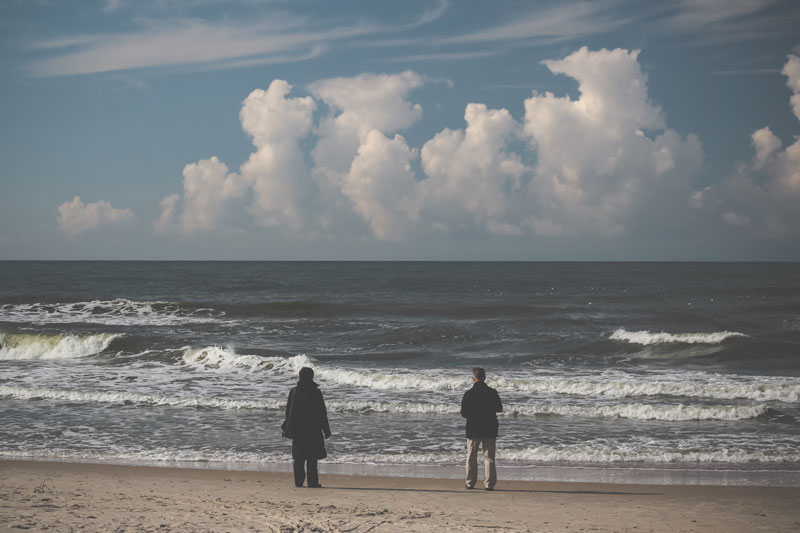 The breakup of a marriage can test you to your limits, and also help you discover your strengths, writes Annette Muller

When hearts are passing in the night, in the lonely night

Then they must hold each other tight, oh, so very tight

And take a chance that in the light, in tomorrow’s light

They’ll stay together, so much in love

What is it like if your husband leaves you and you are 59 years old – and this is not the first time this happens to you?

To be honest – it is horrible.

My husband and I have been married for 13 years, and we have known each other and lived together for many more years. After that many years of being together the relationship is not as romantic any more as it used to be in the beginning… holding hands, saying “I love you” and so on. A relationship changes over time, of course, and that is a good thing. It matures, you understand each other without speaking.

After all you are building a trusted foundation that is stable and should grow for the time to come. If you are over 50 years old you know that times and age will come that will bring changes to your body and your mind. And you may become weaker and sick. Hence a strong bond and relationship you can rely on become even more important as it will mean that you support each other and continue to be there for each other, whatever the circumstances may be.

At least the above was my belief and when getting married I was very much aware of the responsibilities that come with a marriage. At the time of our marriage I knew already that one week after my husband had to have cancer surgery – “In good and in bad times.”

(Kabhi Khushi Kabhie Gham. One of my favourite movies).

As most couples we had lived through easier and more difficult times in our marriage.

Until summer 2019, when I noticed that my husband, who is 9 years older than me, so 68 at the time, developed an interest in one of my close girlfriends, who often visited our house. She is the classic cliché of an attractive woman: blond, long legs, 10 years younger than me and someone who says what the other person wants to hear. And that was exactly what seemed to fall on fertile ground with my husband. He started visiting her every day, went to concerts with her and traveled to Paris with her for 5 days attending 2 opera performances. Every time he came back satisfied and happy, while I sat crying and desperate at home.

Falling off a cliff

What is the best way to deal with a situation that you are thrown in so abruptly and without expecting it?

First, it is like falling from a cliff, in free fall, not knowing when and how to get down. Is there a bottom at all?

What made the situation so bizarre is that this already happened to me 19 years ago. My partner at the time had also left me for a girlfriend of mine. And now again. A déjà vu.

This incentivised me to go deep and think about what leads men and women to enter into relationships with partners, who behave in this way. What is the trigger, where a man suddenly decides that his wife is no longer good enough for him and it’s time to move on, change to a new one? Is it boredom or longing for new excitement? All those years spent together were a waste? All the hard work that you put into each other can suddenly evaporate?

Love and marriage are both hard work. I knew that I had to take control of the situation. Death is very different to betrayal, when one partner is dead there is a feeling of helplessness and eventually the other partner comes to term, one can dweeb for a long time. Grief does not have an expiry date. In my case there was betrayal, anger and disbelief.

I knew in my head that I would master this situation as I had before. But the feeling, the emotions and the heart said otherwise.

Again and again the question: Why? What did I do wrong? What does she have that I don’t have? What can I do?

And there was just no answer to any of these question that I could understand and comprehend. Especially since I had always done everything to ensure that my husband was fine, that he was comfortable, and everything was going well on the business side. I fully and entirely supported him in every way I could.

Let’s get back to the questions. What makes a 68-year-old man suddenly leave his wife? When asked he said he felt lonely even though we worked, lived and did a lot together. I didn’t understand that at the beginning. Only later did I realize that the loneliness was in him and that it can only be filled from outside for a short time. But not in the long run.

You can only fill this feeling in yourself. The new woman took away the feeling of loneliness from the outside by being very aggressive and always telling him that he was the best, that she loved him forever and couldn’t stay a moment without him. These were all empty image boy girl promises (the man was incapable of having sex)

A relationship should be on an equal footing and not one where only one gives and the other one takes.

What did I do wrong? No longer just giving.

What does she have that I don’t have? She is 10 years younger? Blond? She tells him what he wants to hear? Supposedly promise him a new, exciting life?

What can I do? Nothing.

And this was the hardest part.

I couldn’t do anything. Just watch how he behaved more and more like a teenager every day who wears pink glasses and only sees himself and his world.

Not sleeping for so many nights, crying for so many days, and constantly asking questions to which there was no answer. What hurt me the most was that the two people most important in my life had lied to me in my face and betrayed me. For me, this was a very bad, physically noticeable disappointment and injury.

What gave me support internally was that it knew: I can do it.

The disappointment and the feeling of being worthless got better with time.

And this knowledge gave me a foundation. Even if it was still relatively thin. But it didn’t completely drop me to the bottom. There were also moments and thoughts when I suddenly wanted to flee from the whole situation and end it. But my will to survive won.

‘This situation is not worth it’

Without these people – I later invited almost all of them and thanked them from the bottom of my heart and told them that they are my true family of hearts – without these people, I would not have overcome this situation so well. It was them, who kept trying to answer my questions. I wanted to understand and have an explanation. They were the ones who gave me advice and action and kept me sane and alive. And it was them who strengthened the foundation more and more.

After my husband had physically left the house, I slowly started making our once mutual home to become mine. I repainted the bedroom, moved the furniture and designed it the way I want it so that I feel comfortable. Just me.

I no longer had to be considerate or ask anyone. Another new experience.

What do I want after all? What do I need so that I am fine and feel good?

The focus was no longer on him, but it was changing my focus onto me.

My mind, my thoughts, my heart and my emotions filled my home.

I saw a big hole in the ground like a well and I tried to climb out. The upper body was already outside and I’m leaning on the edge of the fountain. But the legs were still down in the shaft. I saw the sky, the surroundings, but I couldn’t quite get out of the hole. In between the arms buckled again and again because of the exertion, but I no longer fell deep into the shaft. Later I tried to raise my legs, first one, above the rank so that I could pull myself out properly. Then the second. It worked. What an effort. I lay completely weak next to the hole and was so happy that I had made it.

The effort has paid off.

Always knowing that I can do it.

I chose the way to go through the unknown door without knowing what is behind it. And I have found that there is a new one behind it, my new life.

Some challenges have remained the same, but many are new and exciting. I got to know myself better, my weaknesses and strengths, I saw my real friends and now I know better what I want and what I do not want or do not want anymore.

The sun is shining outside, I can already see the first sailing boats on the water and it is slowly getting warmer. Spring is coming.

Everything wakes up from hibernation and starts to live again.

What more do we want?

A very dear friend of mine told me that if chocolate melts you keep it in the fridge, it is still chocolate but not like before.

I don’t want to talk

About the things we’ve gone through

Though it’s hurting me

I’ve played all my cards

And that’s what you’ve done too

Nothing more to say

No more ace to play