Chinar: The Tree That Symbolises Kashmir In All Its Splendour 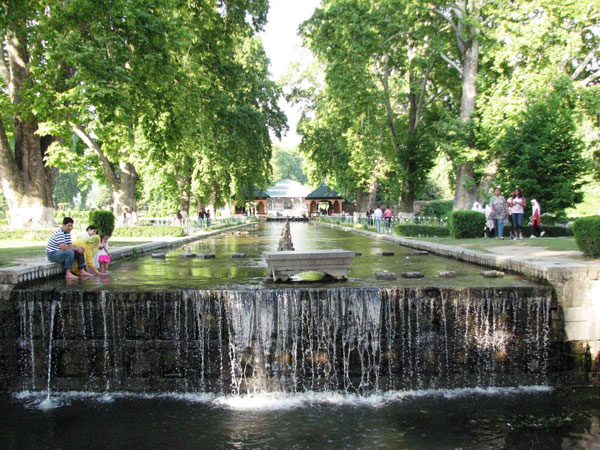 Navneet Sahni writes about the Chinar, the tree that symbolises Kashmir in all its splendour

Amir Khusrau is said to have equated Kashmir with paradise when he said “Gar firdaus bar rue zameen ast/hameen asto, hameen asto, hameen ast (If ever there is Paradise on Earth/It is here! It is here! It is here!). I am sure that he must have been talking about beautiful valley where the mighty Chinars form the backdrop. Overwhelming majority of photos of Kashmir are incomplete without these magnificent trees. It symbolises Kashmir!

Many Mughals kings, Pathan sultans and Maharajas treated the Chinar as the soul of Kashmir and many books, wax eloquent on the existence of these trees. The Buen, as the locals call this tree was the favourite of many Mughal kings. In fact this tree was given the title of being the Royal tree and it was decreed that no one could cut this tree anywhere. Of course the famed Mughal gardens in Kashmir were laid out by them with the beautiful Chinars as the central backdrop along with the Zabarwan mountain range.

Historians point out several instances to say that the Chinar is thought to have been introduced to Kashmir from Persia, way before by the time the Mughals. Unfortunately, which is the usual narrative most like to believe. It is believed that the poet king, the 8th. sultan of Kashmir – who ruled for a glorious period of fifty years (1420-1470) was responsible for getting this tree from Persia. Known as the Budshah (the Great King) – Zain Ul Abidin was keen to get Persian literature, arts, cuisine and it is believed that he introduced Chinars in the valley. As it happened, the trees flourished in the Kashmiri climate. It is said that from his time onwards many gardens were laid with the Chinars, however one of the most famous Chinar bagh’s in Kashmir – The Naseem Bagh on the banks of the Dal was laid out during Akbar’s reign.

It is said that he was so taken in by these magnificent trees that he ordered many thousand trees to be planted there. Many hundreds still exist and it is the favourite spot of many. The highlight being the autumn of course when the tree actually gets its name from “The Tree of Fire”. The true aficionados of the valley visit this time mainly and sed days strolling these gardens. As a child, I have such vivid memories of going to either the Naseem bagh (very near the Nageen club the favourite haunt) or the sprawling gardens of the Amar Singh Club. Sun peering through these mighty trees with a unique Ochre hue is a sight to behold. No wonder it figure notably in Kashmir’s literature and politics; religion and romance. Nearly all mosques and temples have the Chinar and you will find many people sitting in the shade around deep in spirituality and thought.

Another beautiful and revered place in Kashmir, Hazratbal was initially conceived as a place of meditation and worship by shah Jehan who ordered a chinar garden again on the banks of the Dal. When he visited this grove he was so delighted with it that he asked that this would be a spiritual place. It was only during the reign of Aurangzeb that a beautiful mosque was constructed and he ordered brought from the Deccan the holy relic Moi-e-Muqqadas, which is widely believed to be the hair of Prophet Muhammad (PBUH) to be housed at this most revered shrine. Till date Kashmiris consider this place to be most revered and apart from the Friday congregations, people visit this place in large numbers. This is the Hazratbal dargah and on a very select occasions is displayed “deedar” to the public. The setting of the extensive gardens around this holy dargah with the Dal lake and Zabarwan mountains is very soothing and many visitors claim that they feel spiritual.

The Chinar is often confused with the Maple, though they belong to totally different tree species. This beautiful tree belongs to the Platanaceae family and the maples belong to the Aceraceae family. The tree can grow to be about 25 meters high and as thick as 50 feet at the girth. The oldest tree in Kashmir is found in southern Kashmir area of Budgam, some 700 years old. Commonly known as the Plane, if offers cool shade offered by the beautiful foliage and has always served as a resort for sages & saints, philosophers, thinkers, poets, historians, orators & travelers across the world. Some say that the plane trees were part of the gardens of Academy of Aristotle (322 BC) and his successors. The ancient Greco Roman cultivated plane trees in their elaborate gardens and so became a symbol of the educated elite.

It is unfortunate that due to commercialisation and pressures of urbanisation the number of trees in the valley has reduced drastically but the government, taking note of this “heritage”, is rectifying the situation. One of the most famous landmarks of Kashmir is the Char Chinari – an island in the Dal Lake. This has been a perennial favourite of lovers, shikara joy ride goers, and of course a must have in all Bollywood films shot in Kashmir. I clearly remember that in our childhood we used to visit the well manicured gardens of the then Oberoi Palace where under the shady chinars one could see many famous actors. The Char Chinari was just a short shikara ride away and whole entourage of film units would converge from the hotel to the island for film shooting. One could be sure that if there was a song sequence being shot it as around a chinar. Many famous autobiographies have taken inspiration from the tree – the most well-known being “Aatish – E – Chinar” by Sheik Mohd Abdullah. The “fire of Chinar” details the most turbulent times of modern Kashmir history and the tall leader of the state is on record to say that he was inspired by the tree itself for it strong roots, strength of character and its longevity.