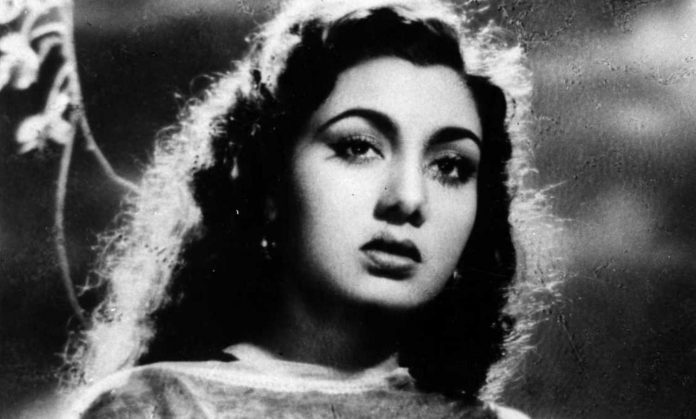 Nawab Bano, better known by her screen name Nimmi, had some great roles from the late 1940s to the early 1960s. Musically, the interesting thing was though her films also starred actresses like Nargis, Madhubala and Nadira, she had some big hits filmed on her.

Most of Nimmi’s major songs were sung by Lata Mangeshkar. To mark her 89th birth anniversary on February 18, we choose 10 classics featuring the combination. The list is chronological.

India’s first technicolour film, Aan was directed by Mehboob Khan. The song was filmed on Nimmi and a group of girls in a farm field scenario, with Dilip Kumar making a brief appearance. The combination of Lata, Naushad and Shakeel was at work again. The composition was in raag Bhimpalasi.

Besides these Lata songs, Nimmi had a few hits with others. The 1961 film Shama had Suraiya singing ‘Dhadakte Dil Ki Tamanna’, filmed on both herself and Nimmi. In the same film, Suman Kalyanpur sang ‘Dil Gham Se Jal Raha Hai’. Music was by Ghulam Mohammed. These great songs went perfectly with Nimmi’s screen persona.