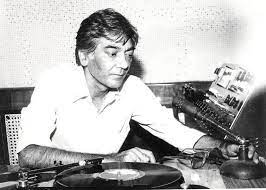 Gulshan Kumar Mehta aka Gulshan Bawra may not have written as many songs as his contemporaries but he was definitely one of the most versatile lyricists of the 1960s and 1970s. The fact that he won awards for a patriotic song and a friendship song speaks for his range. This is besides many love songs that he wrote.

To mark his 85th birth anniversary on April 12, we choose 10 of his outstanding songs. Interestingly, the first nine feature different male singers, and the last one is a male group song. Bawra passed away in 2009, but his songs make it to radio shows even today. The list is chronological

Though the song isn’t very well known, it showed Bawra’s ability to write a lullaby. The song’s theme was that even men could sing ‘loris’, normally considered to be a woman’s forte. Mehmood sang the song and appeared on screen. Kalyanji-Anandji composed the music.

One of the most popular patriotic songs, it was a huge hit for singer Mahendra Kapoor. Music was by Kalyanji-Anandji and the song was filmed on Manoj Kumar in a farm field. The song had a memorable opening chorus. The opening lines were, “Mere desh ki dharti sona ugley, ugley heere moti, mere desh ki dharti”. Bawra received the Filmfare Award for lyrics.

One of the ultimate friendship songs, it was sung by Manna Dey and filmed on Pran and Amitabh Bachchan. Music was by Kalyanji-Anandji. The main lines were, “Yaari hai imaan mera yaar meri zindagi, pyaar ho bando se yeh sabse badi hai bandagi”. Bawra got his second Filmfare award for this song.

The film ‘Khel Khel Mein’ had some great songs but this was a very brilliant coordination between lyrics and the situation on screen. Filmed on Aruna Irani and Rakesh Roshan, it was sung by Asha Bhosle and R.D. Burman, who also composed the song. The main lines were, “Sapna mera toot gaya, tu na raha, kuchh na raha”. Burman had earlier sung this in Bengali.

Another R.D. Burman composition, it was sung by Kishore Kumar and Lata. The song was shot in Pahalgam, Kashmir, with Amitabh and Raakhee in the lead. Bawra wrote, “Kasme vaade nibhayenge hum, milte rahenge janam janam”. The film also had the hit song ‘Aati Rahengi Baharein’.

This list has seven songs by Kalyanji-Anandji and three by R.D. Burman. With the latter, he also had ‘Jeevan Ke Har Mod Par’ from Jhootha Kahin Ka, besides the songs of Agar Tum Na Hote and Sanam Teri Kasam. The collaborations with these music directors yielded glorious results.