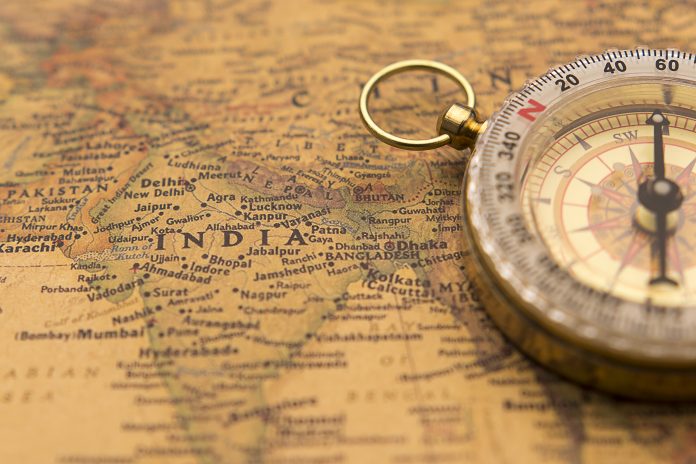 Can you complete this line? The three words that follow have become the title of this historic speech.

2 Who made this speech and where?

3 Where was Mahatma Gandhi when India’s celebrated its first Independence Day? 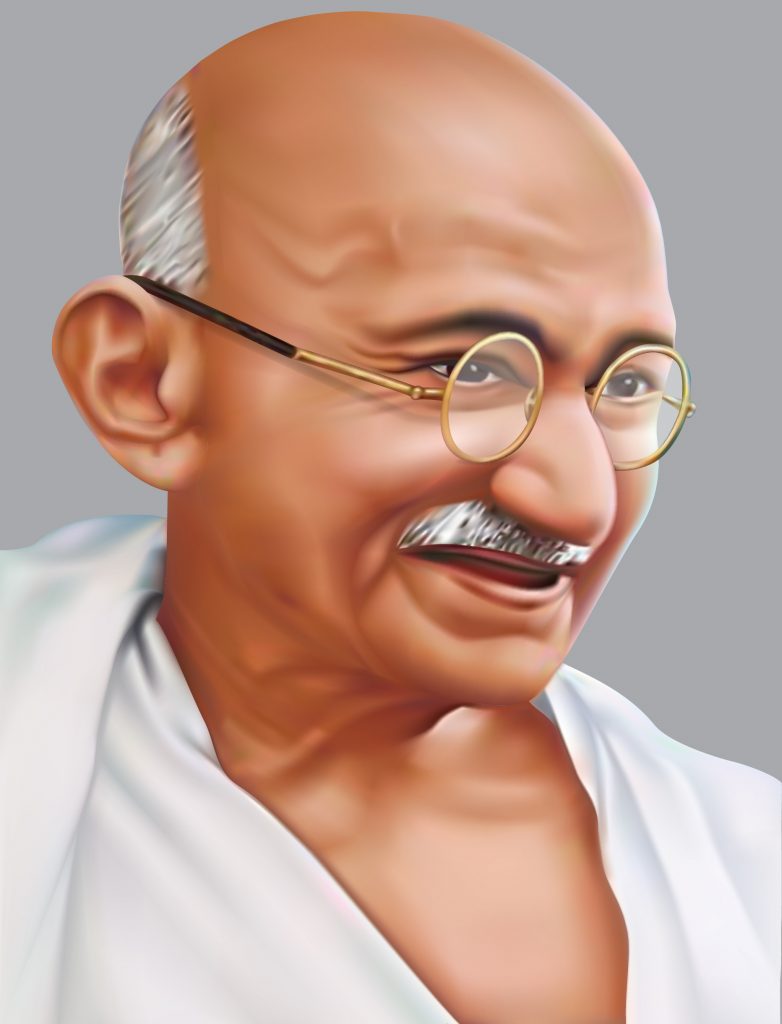 4 Who was the last Viceroy of India?

5 C Rajagopalachari was the first and last Indian Governor General of India. But apart from being a freedom fighter and politician, he also translated into English two very popular ancient books. Can you name them?

6 Where was Mahatma Gandhi when Nathuram Godse assassinated him, and what were the Father of the Nation’s last words? How is that day commemorated today?

7 India become a Republic in 1950, when we formally adopted the Constitution. What are the first lines of its famous Preamble? And can you remember the two words that were added later?

8 In which year did Independent India fight its first war with Pakistan?

9 Which Indian freedom fighter, statesman and Union Home Minister was responsible for the transfer of power from the Indian princely states to the Union of India?

10 When did Independent India hold its first general election? Can you remember the name of the first Election Commissioner?

11 He is known as the Father of the Constitution of India and ensured that our Fundamental Rights remain strong. He also rejected the hegemony of caste and oppression and converted to Buddhism. Who is this guardian of our rights and equalities?

12 In 1953, the Lok Sabha rejected by 278 votes to 49 a motion that would not have permitted India to take part in an international sporting event which has just concluded. Can you name the organisation which holds these events?

13 After singer Noor Jahan opted to move to Pakistan, which Indian singing sensation was crowned the Nightingale of India in her place? 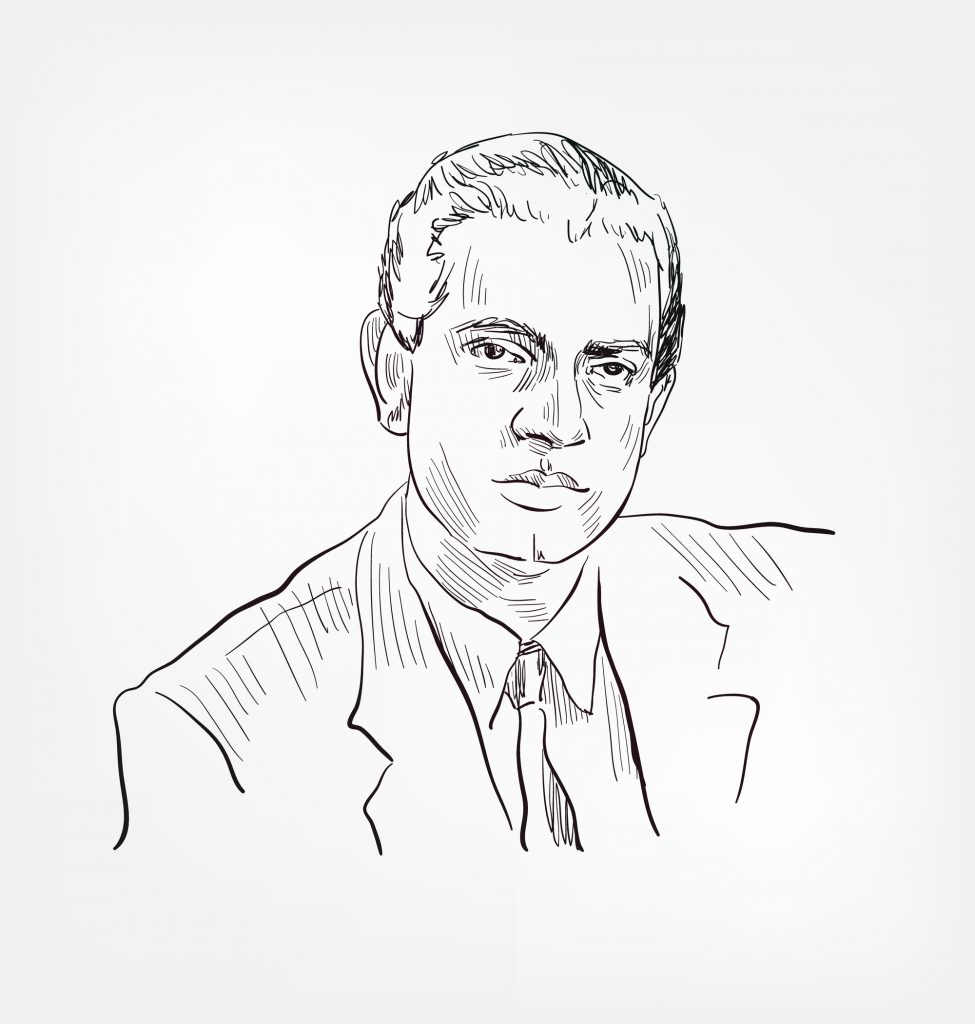 14 Two films made an indelible mark on India and the world in 1957. Satyajit Ray’s Aparajito won the Golden Lion at the Venice Film Festival. And an emotional tribute to Indian womanhood, family values and rural life won our hearts. Can you name the film?

15 Which Indian state was freed from colonial rule in 1961 and made part of India? Can you name the rulers?

16 India lost a tragic war to China in 1962. Which song did the Nightingale of India sing to Prime Minister Nehru which brought tears to his eyes? Who wrote the song? 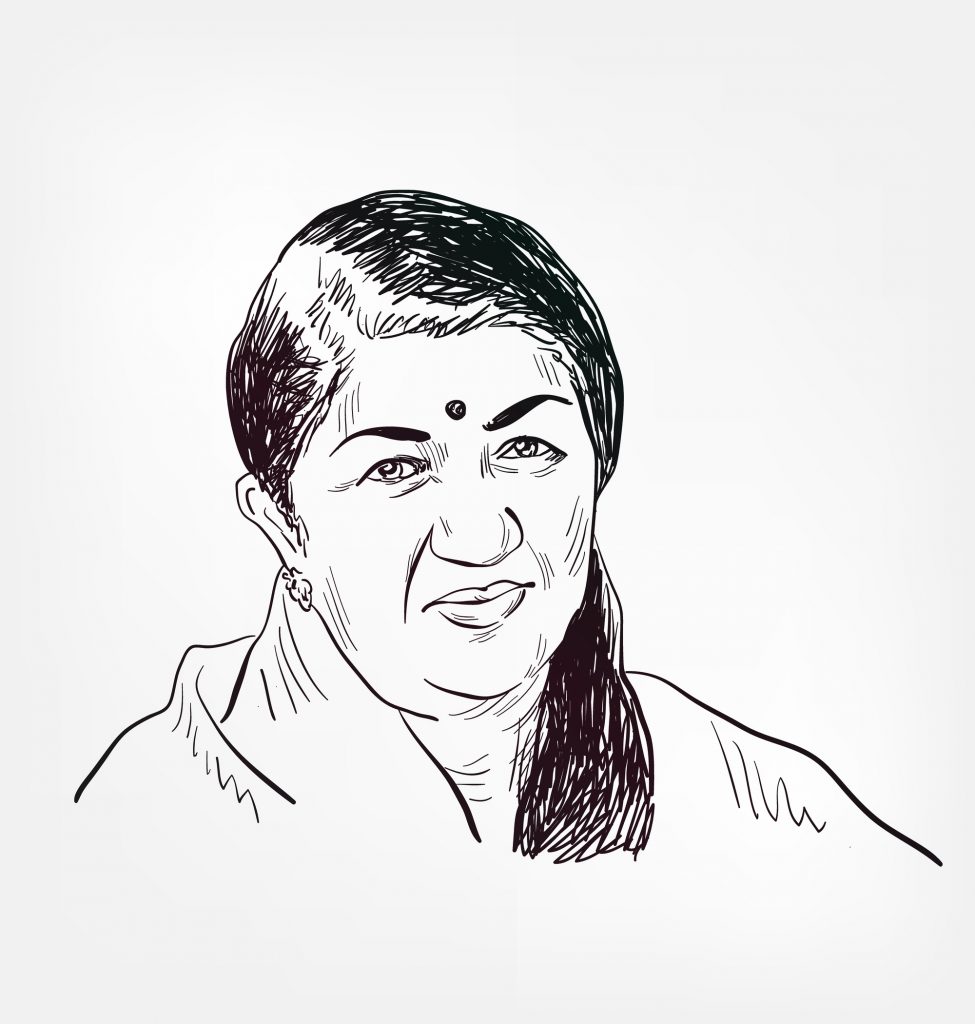 17 How many Olympic gold medals has India won in its national sport, Hockey? Can you remember when we won the last two?

18 What was the name of the freedom fighter whose fast unto death ensured statehood for Andhra Pradesh?

19 In which year was television introduced to India, although only in New Delhi?

20 The Peacock was adopted as India’s National Bird well after Independence. Would you know which year this bird was thus elevated? 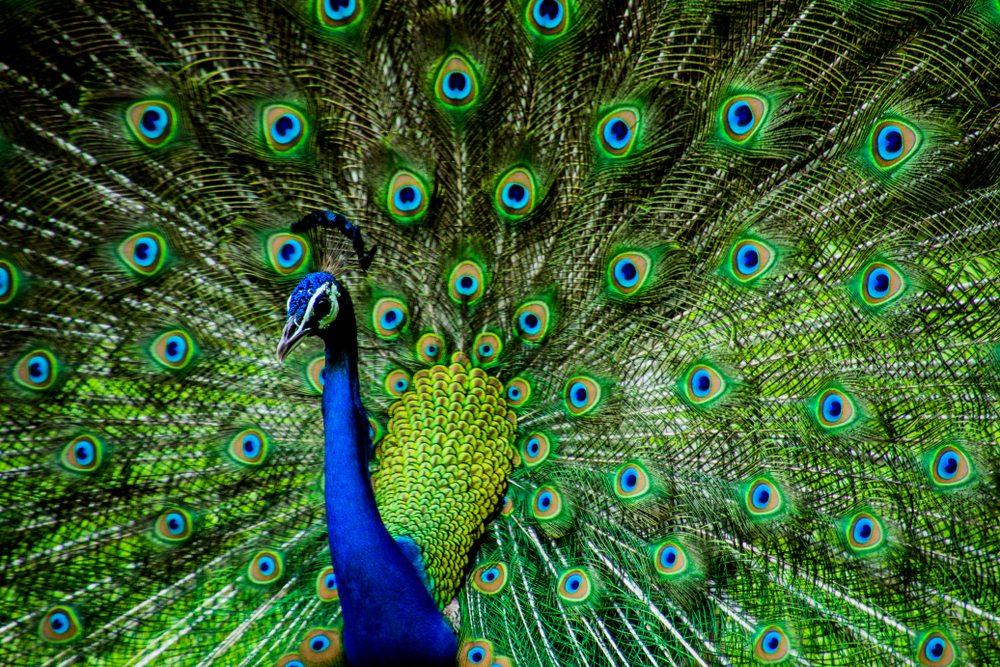 21 Can you name the first Indian woman to be crowned Miss World and which year it was?

23 From being called a stooged and ‘goongi gudiya’, Indira Gandhi took a bold step in 1969 to establish her supremacy over the Congress Party. What did she do that year? 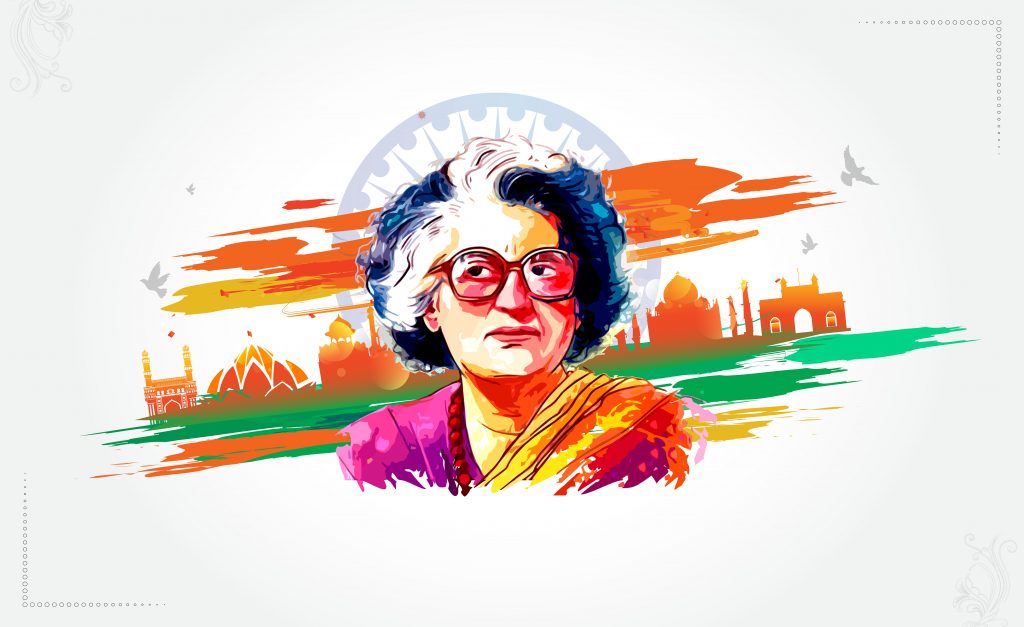 24 Which famous pop band visited India in 1968 and whose ashram did they stay at in Rishikesh?

25 What name was given to the groundbreaking concert, which brought two streams of musical tradition into perfect harmony, with maestro Pandit Ravi Shankar on the sitar and Israeli star Yehudi Menuhin on the violin?

26 India won a historic cricket victory against England at the Oval in 1971. Who was the captain of that Indian team?

27 Three bowlers dominated Indian cricket in the 1970s. Could you name them?

28 Where and when did Little Master Sunil Gavaskar make his Test debut? 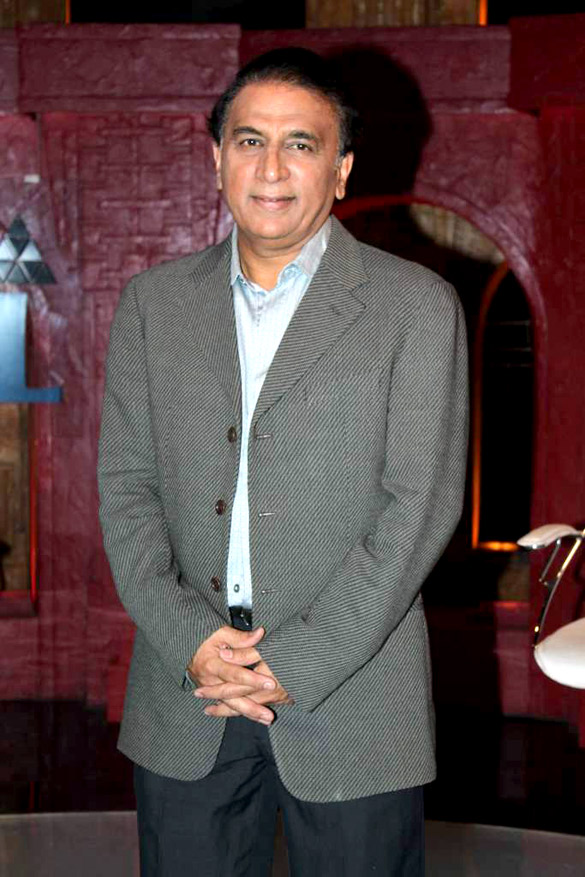 29 Field Marshal Sam Maneckshaw was definitely the power of India’s 1971 victory against Pakistan which led to the formation of the new nation of Bangladesh. But which Indian general signed the Instrument of Surrender at Dacca (now Dhaka), and on which date?

30 Rabindranath Tagore was the first Indian to win a Nobel Prize in 1913 for literature. But India’s first Nobel in science was won by a physicist in 1930. His nephew also won a Nobel. Who was this scientist and who was his nephew?

31 India set up its space programme with the first sound rocket which went up from Thambu, Kerala, in 1963. What was the name of India’s space pioneer who set up ISRO amongst many other prestigious Indian institutes?

32 In April 1973, a group of village women in the Garhwal region of the Himalayas tied themselves to trees to stop them from being cut down. What movement did this one act lead to, which was the start of an environmental movement in India?

33 The declaration of Emergency by Prime Minister Indira Gandhi was a big assault on Indian democracy. Can you remember the name of a satirical Hindi film which was banned because it made fun of Indira Gandhi and her son, Sanjay?

34 A 1975 film took the world of Indian popular cinema world to new directions. An ensemble cast, a villain like no other, the feel of a Western, it made names and careers. Who directed the film and what was the name of the famous horse?

35 Which year was the 6-digit pin code introduced, for speedy delivery of letters, telegrams and parcels?

36 What was the name of the political leader who galvanised parties and people to fight against the Emergency?

37 Manmohan Desai made this comment about a Hindi film star: “… is number 1 to 10, all other stars come after that”. Who did he mean and which very popular romantic hero did this star replace?

38 Which sporting event did India host in 1982, which not only set up vital sports infrastructure but also gave us hope for better and bigger events and more medals?

39 India’s biggest cricket triumph came in 1983. But neither the team nor its charismatic leader were expected to do what they did. What did they do?

40 Who was assassinated by her own bodyguards in 1984?

41 A terrible industrial tragedy befell an Indian town on a December night in 1984. What happened and who was the company responsible for this disaster?

42 The Indian business scene had long been dominated by a few families and multinationals. Who was the petrol pump attendant who changed all the rules in the 1970s and 1980s and what was the name of his textile brand which defined the early years of his company?

43 Who was the first Indian to go into space?

44 What was the name of the Swedish gun which became synonymous with political corruption? 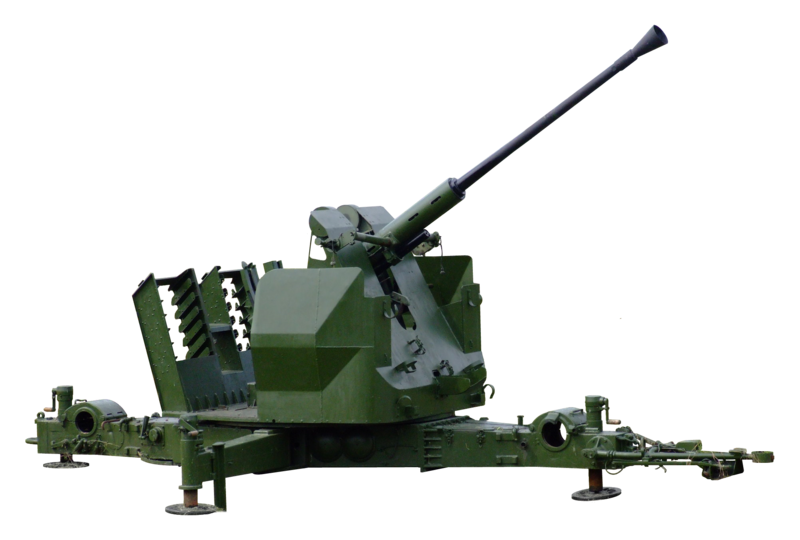 45 Can you name two Hindi soaps on Doordarshan in the 1980s, which had people glued to their TV sets?

46 In the days before mobile phones and even subscriber trunk dialling, the codes of which are still used, you had to book a certain kind of long distance telephone call through an operator. What were these called?

47 In 1991, we saw the amazing sights of a war being telecast live via satellite TV. Which was this event and which was the channel which introduced a race for 24-hour news television in India?

48 What was the name of the famous lawyer who analysed the Union Budget every year but said he no longer need to do it after the Indian Government decided to liberalise the Indian economy in 1991?

49 India was rocked by a massive stockmarket scandal in 1992. What was the name of the charismatic stockbroker who created a frenzy amongst Indians to invest and make money?

50 In 1994, two young Indian women took the world of international beauty pageants by storm. Who were they and what did they win?

51 What is the height difference between the Little Master Sunil Gavaskar and the man who took that title from him, Sachin Tendulkar?

52 Three men with the surname Khan were all born in 1965 and dominated the Hindi film industry for decades. What are their full names?

53 Who was the Prime Minister of India when we celebrated 50 years of Indian Independence in 1997?

54 The liberalisation of the Indian economy also opened up the skies. What was the very popular beverage served free on private domestic airlines which became a victim of its own success and had to be banned for passenger safety?

55 There were two service providers in Mumbai that dominated the mobile phone universe when these very expensive magical instruments were introduced to India. Can you recall their names?

56 The world’s most popular email service was invented by an Indian. He later sold it to a massive company. Can you remember the service and the name of its prime mover?

57 A very popular scientist was made President of India in 2002. What is his name? 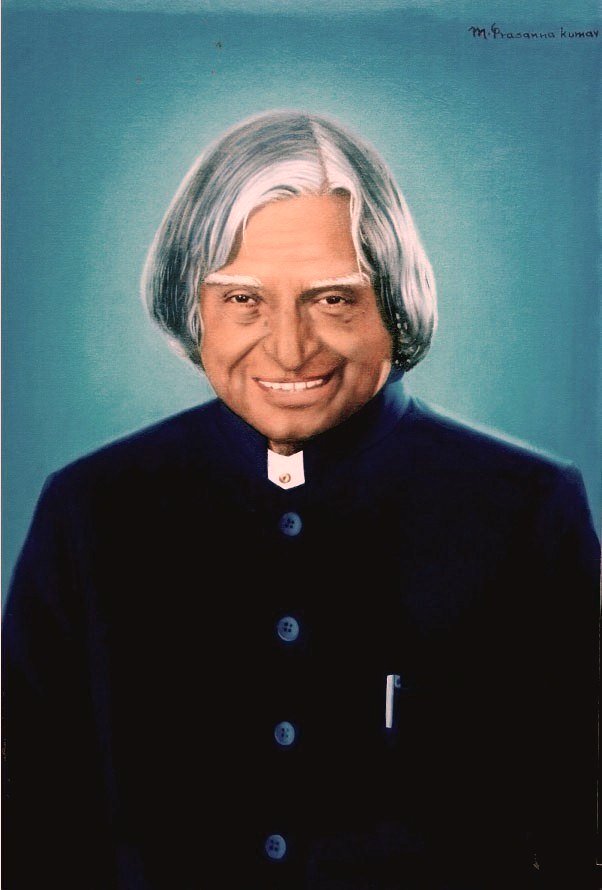 58 What was the name of lunar probe mission that India launched in 2008?

59 A pair of male doubles players and one female player took India into the tennis big leagues in the 2000s and beyond. Can you name them?

61 In 2008, a cricket tournament was launched in India which took the world by surprise with its massive success. Can you name the tournament and its controversial creator?

62 Name the South Indian actor who has dominated cinema in decades, across languages, and has made several high tech sci-fi blockbusters like Enthiran?

63 Who won India’s first individual gold medal at the Olympics in which sport, which year and which place?

64 How many times has Nitish Kumar been sworn in as Bihar’s Chief minister? 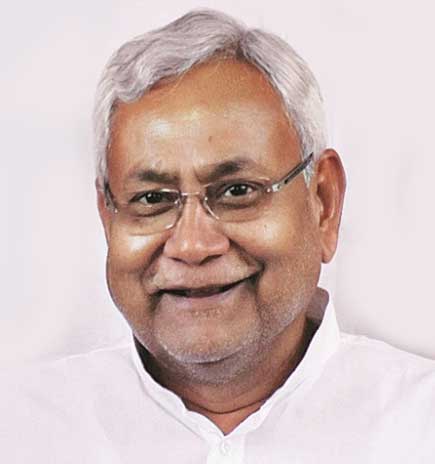 65 Who played star cricketer MS Dhoni in the film made on his life?

66 Have the number of tigers in the wild gone up in India since Project Tiger was launched in 1973?

67 In which decision of the government in 2016, two currency notes were demonetised.  Of what denomination were these notes?

68 Can you name at least two Indians who head international tech conglomerates?

69 Who takes over as Chief Justice of India after NV Ramana retires? 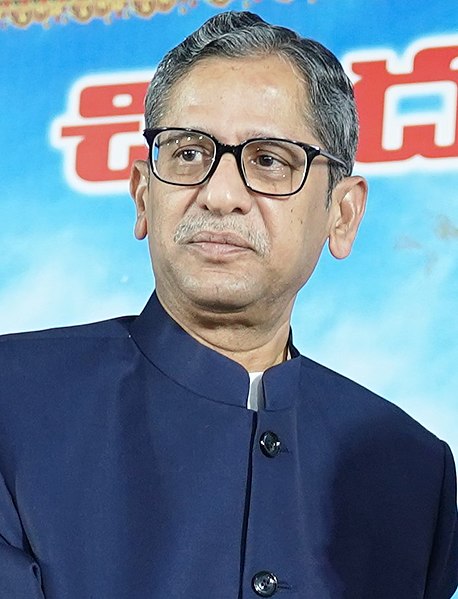 71 What is the name of India’s second woman President?

72 What is the name of the company which bought Air India from the Government of India? What is remarkable about this purchase, from the company’s point of view?

73 After India’s Moon Mission, what’s the name of its Mars mission?

74 Who is India’s second individual Olympic gold medallist, in which discipline and at which venue?

75 As India celebrates 75 years of Indian Independence, who is the man credited with designing the Indian national flag?

Answers to the Quiz

Ranjona Banerji
Ranjona Banerji is Bengali by default and cynical journalist by choice. She may or may not really like ro-sho-go-llo.