Oil Pulling Can Boost Your Health 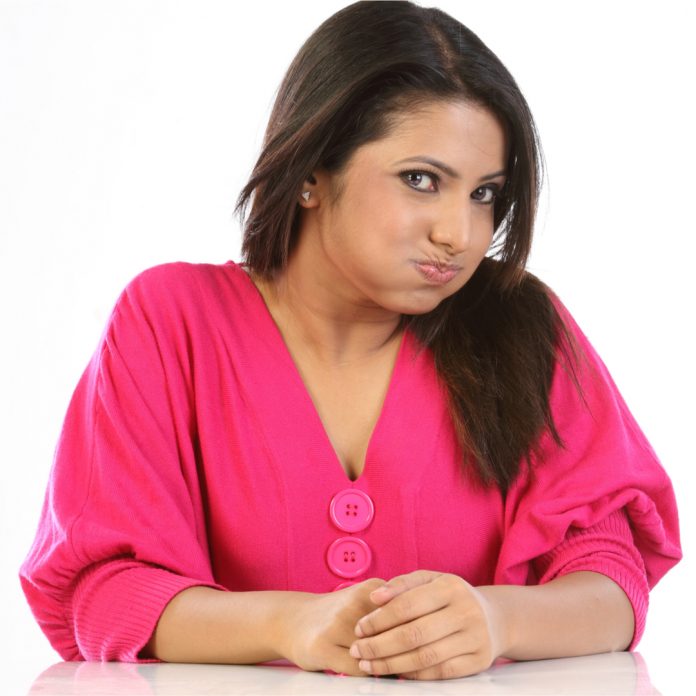 Oil Pulling Can Boost Your Health

An ancient technique of Ayurveda, the process of oil swishing is believed to cure or control 30 different types of systemic diseases including headaches, migraine, and chronic diseases such as asthma and diabetes mellitus. Not to mention its exemplary benefits on our oral health. Deepa Desa delves into the details.

If you’ve been watching the recent ad with the lovely and healthy Malaika Arora extolling the benefits of oil swishing or pulling, then you are publicly aware of what most Ayurveda doctors, yoga gurus and dental care experts have been advising for decades. Oil pulling is good for you.

An Ayurvedic technique for good health

Oil pulling is an ancient Ayurvedic therapy for maintaining oral hygiene and is specified in the ayurvedic text Charak Samhita and Sushruta Samhita as ‘Kavala Graha’ or ‘Kavala Gandoosha’.

We are all aware that oral health serves as a gateway to general health and well-being. In recent years, various studies have provided unequivocal evidence on the strong relationship between systemic and oral diseases, revealing common risk factors shared between various diseases and poor oral health

Periodontal diseases (such as gingivitis and periodontitis), and dental caries are the most common forms of oral diseases. The incidence of periodontal disease is found to be greatest in diabetic patients and those with heart diseases, as compared to the healthy population.

Similarly, a thorough examination of the gingival tissue can point toward a significant deficiency of Vitamin C and other nutritional deficiencies. Dental caries, which is also one of the most common forms of infectious diseases globally, has been found to significantly affect the systemic health, and quality of life of individuals.

Did you know that our oral cavity serves as a focal point of entry for pathogens into the systemic circulation?

A lack of oral hygiene allows an increase in virulent microbial colonisation of the oral tissues. An emphasis on preventing oral diseases can lead to a reduction in the incidence of various systemic diseases as well. Similarly, routine screening and oral examinations may help in identifying early manifestations of systemic diseases in the oral cavity and help in preventing disease progression.

Why should we swish or pull oil?

Oil pulling or oil swishing, as the name suggests involves vigorous swishing of oil in the oral cavity to achieve local and systemic benefits, similar to the modern day use of mouthwashes and oral rinses. It has been used for centuries for the treatment and prevention of various oral and systemic diseases, using edible oils derived from either sunflower, sesame, or coconut.

The process of oil swishing is believed to cure or control 30 different types of systemic diseases including headaches, migraine, and chronic diseases such as asthma and diabetes mellitus. The effects of oil pulling on oral health, as an adjunct to conventional oral hygiene measures have been exemplary. Scientific evidence suggests that oil pulling therapy may reduce the total oral bacterial count and reduce plaque and gingival scores. 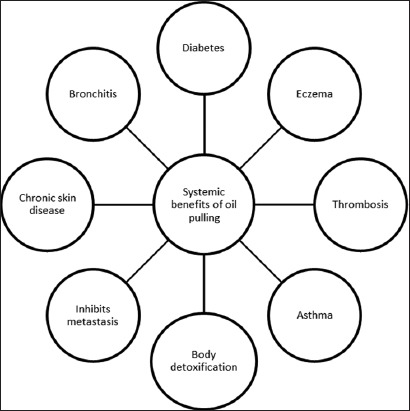 How should you swish oil?

While there are numerous theories, the exact technical working of oil pulling is unclear.

Commonly used oils for oil pulling and their action

Coconut oil is composed of 92% saturated acids, with lauric acid making up for 50% of these saturated acids. Lauric acid can react with alkalis present in saliva such as sodium hydroxide and bicarbonates to form sodium laureate-soap like substance, which reduces plaque adhesion and accumulation, and possesses a cleansing action. Lauric acid has antimicrobial, anti-inflammatory properties, prevents dental caries and is beneficial to oral health

Almond oil added in a mouth rinse is suggested to result in low gingival scores whereas olive oil based mouth rinses are believed to inhibit plaque formation. All these oils have detoxification, antioxidant, and antibiotic actions

So should you start oil pulling if you haven’t already?

Yes. Numerous studies have been conducted recently supporting this ancient technique for its health benefits. Oil pulling is suggested for adjunct use with tooth brushing and flossing, to maintain optimum oral health care. Oil pulling as a daily health habit has significant potential to your improve health and well-being.

Deepa Desa
Deepa Desa has a wide range of professional experiences in varied industries, ranging from Business, Hospitality, Tea, Beauty, Aromatherapy and Natural wellness therapies, spanning her 35-year career. She is an internationally certified Advanced Beauty Esthetician and Electrotherapist, (CIDESCO/CIBTAC). She is also an advanced Aromatherapist (CIDESCO/IFA), (2005). She has been a consultant for corporates (HUL- Lakmé Lever, Raymond’s, Nivea, Sofitel etc.), and stand-alone beauty and wellness projects. Deepa has extensively trained therapists, for international beauty product companies like BABOR, CACI, Éminence Organics, Kerstin Florian, Gemology, Phytomer, and many more. She introduced oxygen and high -end anti-ageing therapies to Mumbai for the first time, at the spa she co-founded, Tahaa Spa in 2006. She believes in a synergy of science and nature for effective skincare. Currently, she integrates her passion, creativity, and experience to create relevant, relatable articles and blogs, and holds one on one sessions to help stress- management using natural therapies. If you have any questions, please e mail her at editor@seniorstoday.in