The best substitutes for sour cream 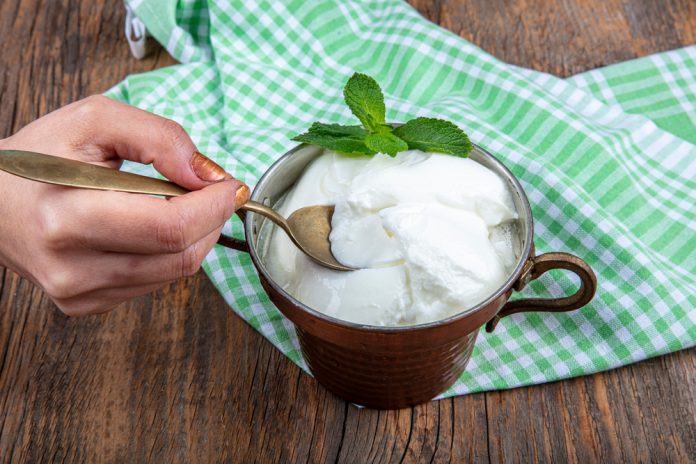 Running out of ingredients, pretty much on a daily basis is a pain we all deal with all the time. One of the most forgotten ingredients on the shopping list is sour cream, moreso because it is not available at every grocery store here in Mumbai., Since it is not easily available and has an instant expiry date once opened, opting for substitutes is something many of us tend to do.

Another reason for opting for substitutes could be dietary restrictions, intolerances, or allergies.

There is some good news, many dairy-based and non-dairy alternatives are readily available to make your dishes just as delicious. Sour cream is used in dishes ranging from sweet to savoury in a variety of ways. Most often as a condiment atop dishes like soups, veggies or baked potatoes, and also in baked goods like cakes, cookies, and biscuits.

Let’s start with the basics- What is sour cream?

Sour cream is a fermented dairy product made by combining cream, which is the high fat layer skimmed off the top of whole milk, with lactic acid bacteria. The bacteria eats up the sugar (lactose) in the cream and releases lactic acid as the waste product which gives the cream a tangy and sour taste. Hence the name, sour cream.

Now that we know a little bit about sour cream,

let’s take a look at some sour cream substitutes and how to use them.

A lot of sour cream substitutes are dairy based but are great options nonetheless.

Greek yogurt is a tangier version of plain yogurt so it’s definitely the better option.

Yogurt is not as thick as greek yogurt so if you are planning on using plain yogurt my advice would be to stain out most of its whey. Yogurt is the best substitute for sour cream. An added bonus is that greek yogurt is lower in calories and fat and higher in protein than full-fat sour cream. Equal parts of full-fat Greek yogurt can be used in place of regular sour cream in any recipe, including baked goods.Greek yogurt can be used as a substitute for sour cream in dips, dressings,  toppings and also great on baked potatoes, just make sure it’s not flavoured.

For lactose intolerants and vegans fret not, there are several non-dairy alternatives for sour cream.

Do It Yourself Sour Cream —

Yes! Believe it or not, you can make your own sour cream at home. All you need is three ingredients. It definitely is not the easiest option but it isn’t impossible either.

Let that sit for ten minutes, and then mix in 1/4 cup whole milk. Cover the mixture and let it sit at room temperature for one to two days depending on temperature conditions. After a day or two, stick it in the refrigerator to cool before enjoying it.

NOTE: What you’re making will often dictate which substitute will work best.

Dont lose out on this key ingredient to add flavour to many a dish, substitute sour cream with multiple choices of dairy and non-dairy. Hopefully these alternatives will do the trick.