The Future of Truth 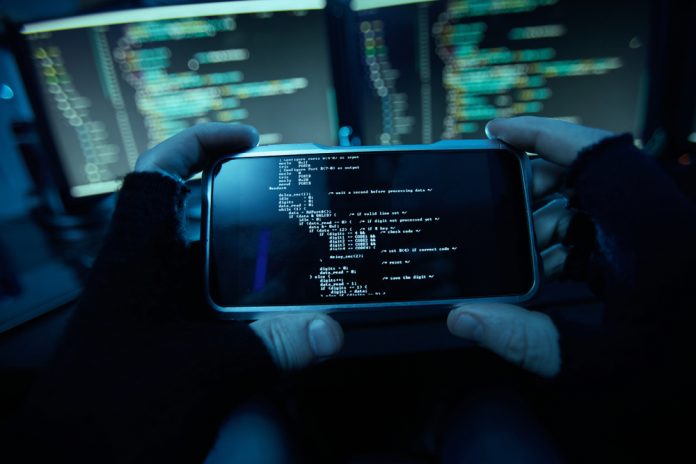 With the Pegasus scandal and the widespread manipulation of media, how can we tell reality from fakery, asks Vickram Sethi

Pegasus is a winged horse of evil birth born from the blood of Medusa, although he became a constellation and the servant of Zeus. On every dark night, he is supposed to be set free by Zeus and roams the earth spreading evil. Right now, this winged horse has caused a huge upheaval in India, invaded the privacy of some, and has become aware of everyone’s dark secrets. Imagine a group of people connected with him know about your success and failures in the bedroom, in the bathroom, your deepest, darkest secrets, clandestine and nefarious doings, your dirty conversations, evil machinations. Everything that you don’t want anyone to know, they know.

In an era of smartphones, you could be walking around with a potential tracking device in your pocket. The Israeli company NSO has snooped on a large number of powerful people. The company claims that it offers spyware services only to a vetted government. The government denies any role in this interception. Like so many other scandals, it will get talked about, public anger will be expressed, various association and bodies would pass resolutions condemning the intrusion.

Pegasus is now all set to fly away. We are now basking in our Olympic glory and this good news story will continue for a long time, long enough for Pegasus to be forgotten. Before we know, we will have another issue bothering us. Eventually, many more companies would have technology to offer more and more sophisticated spyware. What George Orwell said eventually has come true. It would be terrible if JK Rowling stories find resonance in our life.

Ever since the beginning of time, mankind has been dogmatic about pursuing the truth; is there anything called truth (Cain & Abel)? The debate about truth and untruth will end with the end of the world whenever that’s happens. In the meantime, we can talk about truth… it is a very lofty, nice and righteous thing to do. It’s also a great to have it in your motto like The Times of India masthead which says ‘Let Truth Prevail’. The Government of India’s says ‘Satyamev Jayate – Truth Alone Triumphs’. My school motto was ‘Satyala Maran Nahi – Truth is Immortal’. I am sure if I look around, I would find hundreds of such lofty statements. We make so much of brouhaha about the truth and draw parallels, morals and every possible end of storyline. Today, the major challenge in reporting news is interpreting the truth, which is no longer dictated by any authority but is networked by peers. For every fact there is a counter fact, and facts look identical online.

The Mahabharata, one of the main texts of Indian tradition, was written in 3000 BC. It is an amazing story of righteousness, virtue, morality, justice, decency, war, politics, rape and all other emotions human beings are capable of. This narration below is of the Dharam Yudh – religious war between the Pandavas and Kauravas, between right and wrong.

Guru Dronacharya was almost invincible, but without killing him, it was not possible for the Pandavas to win the war. Therefore, a strategy was devised by the mastermind Lord Krishna to demoralise him by spreading the rumour of the death of his son Ashwatthama, to whom he was attached emotionally. Accordingly, the plot was set and Bhima killed an elephant named Ashwatthama and the message was conveyed to the Guru Dronacharya that Ashwatthama has been killed. However, Guru Dronacharya didn’t believe it and therefore it was decided to let him believe by making Yudhisthira utter these words. Yudhisthira protested and refused to tell any lies. However, in the larger interest of Dharma, he was convinced by Lord Krishna to utter the words ‘Ashwatthama Hatahath, Naro Va Kunjaro Va’ which means though Ashwatthama had died, but it is not certain whether it was a Drona’s son or an elephant. While Yudhisthira was saying this word, there was a large noise of Conches and Dronacharya could not hear the full sentence. Assuming that his son had died, Guru Dronacharya got disheartened and laid down his weapons. Dhristadyumna killed him.

What would you classify this as??? Misinformation, lies, half-truth. But this sentence of Yudhisthira changed the outcome of the war.

A lady whose family lied a lot was looking for a bride for her son. She tells the prospective daughter-in-law that one of the minarets of the Taj Mahal has fallen into the Jamuna. In an instant, the young woman replies: “Yes, Maaji, the water splashed on me too.” The rise of fake news and proliferation of doctored narratives spread by humans and online devices like Facebook, Twitter, WhatsApp etc are a challenge to society. At a time like this, when there is so much of fake news, so much of fake video/ audio, we have come to a stage where we can’t tell what is real from what is fake, we are on the edge of reality and this is a very dangerous situation.

Fake news and genocidal propaganda can disrupt society, trigger riots, crash the stock market, and influence elections and public opinion. Today, one can do all this and it is impossible to know the truth. By the time the truth is known, it is often too late. A well-known example is when on April 23, 2013, newswire Associated Press (AP) in the US put out the following tweet: “Two explosions at the White House and President Barack Obama has been injured”. This was retweeted 4,000 times in a matter of three minutes. Syrian hackers had infiltrated the AP handle and this caused mayhem in the stockmarket that crashed wiping out 200 billion dollars and of course all other system and panic buttons that went into an automatic security mode.

In any election campaign, 80% of the news could be fake or misinformation. The fact is that false news diffuses further, faster, deeper and more broadly than the truth in every category of information. In fact, false political news becomes more viral than any other type of false news.

The question is, why does false news travel so much further, faster, deeper and more broadly than the truth? Do the people who spread fake news have more followers or tweet more often or follow more people? Humans are by nature selfish, tribal and gullible, and are more likely to be drawn to the novelty of the false news over the truth. Many studies have revealed that false news would be 70 per cent more likely to be retweeted than the truth. Technology can change everything – facial expression, lip syncing, trick photography. What does the future hold? Will we be able to block the false narrative and allow the most accurate information to prevail in the overall ecosystem, or will the quality and veracity of information online deteriorate to be able to spread unreliable and dangerously destabilising misinformation. We need to have a method to label news verified and otherwise, like the calories on a packet that you buy from a grocery store. This has its own challenges who gets to decide what is true and what is false is it a government? Facebook? Or an independent body of fact-checkers? And who will check the fact-checkers?

A small segment of society will find, use, and perhaps pay a premium for reliable information, but outside this group there will be chaos. Technology will create new challenges, and information could be controlled by big business and governments to suit themselves. Lack of credible knowledge makes healthy debate difficult, destabilises trust, and divides and confuses the public.

In an election campaign, a lot of fake news and fabricated political stories are circulated. Some of them are shared unknowingly and some intentionally. Why do people share such obvious hateful stories that pits one group against another?

People tend to endorse information that aligns with their views. As we go further, we are going to see the rise of a tremendous wave of synthetic media, fake video and fake audio, which is very convincing to the human eye. Videographers, stuntmen and moviemakers have been using these techniques to make punches and kicks look more choppy and more aggressive. This is how fake media could pit one community against the other. Hate is a virus that spread faster than any other disease. There is a WhatsApp message that shows a politician saying that he has a machine where he will feed potatoes from one side and get gold from the other side. Such WhatsApps get circulated faster than the good-times stories. It was very unfortunate that Sushant Singh Rajput committed suicide but it was unforgiveable the way television channels hounded his girlfriend Rhea Chakraborty. Day after day, news hour after news hour, the poor girl was subject to extreme humiliation and convicted of murder even before trial.

Technology will find a solution to spot misinformation and quite likely limit the ability to be anonymous, yet technology is operated by human beings who would manipulate it to suit their ends. The rising speed, reach and efficiency of the internet will magnify the spread of fake news. We will be in a world in which there will be a widespread invasion of privacy, scams and mass manipulation that could cause disruption in society.

If this is not enough, we are in the midst of a cascade of alarming environmental events caused by climate change – wildfires in the US, Canada, Australia, Siberia, floods in Germany, Saudi Arabia, China and devastating landslides.

So, is this the collapse of civilisation? Wikipedia even has a page dedicated to a list of dates for apocalyptic events. The pandemic shows no sign of abating as the lambda variant is discovered in South America, which is proving resistant to vaccines. It is a pointer from nature about impending doom. It’s ironic that nature and technology, which played a key role in the development of the human race, could become the cause of its destruction.

“Political language is designed to make lies sound truthful and murder respectable, and to give an appearance of solidity to pure wind.”
― George Orwelln