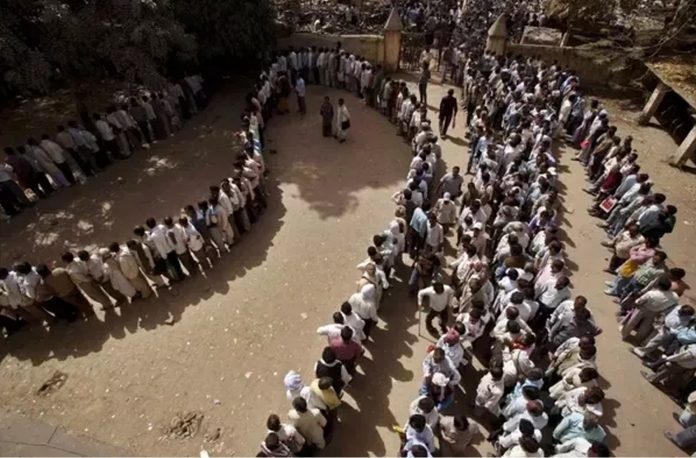 We’ve all heard these all too familiar words countless times — You are in queue please wait… aap kataar me hain, kripiya pratiksha karein… Aapan jya number war samparkh karnyas prayatna karath aahat, toh yaa vali vyast aahai kripiya thodya vel nantar phone kara, parri pacchho call karo. Or: this is ABC hospital, all our operators are busy, please wait for someone to attend to you shortly (in the meantime, you can continue having your heart attack).

Indians don’t understand the etiquette of queuing. International travel surveys often list Chinese and Indians as uncouth travelers. We are a push, shove and grab nation. Particularly when it comes to queuing we have a FOMO complex (fear of missing out). How did we become like this? Our parents in the sixties had to contend with a series of shortages – no milk, no sugar, no butter, no food grains… one had to queue to get rations. You were issued a ration card, a gas card, a milk card — everything was in so much short supply that getting it was a survival concern and not queuing. By the time one got to the front of the queue, the stuff that one had queued up for was exhausted and hence overtaking the others was a requirement. We had to push our way for almost everything. It was an acceptable practice although now milk and food grain are easily available. But the habit of pushing your way upfront stays. 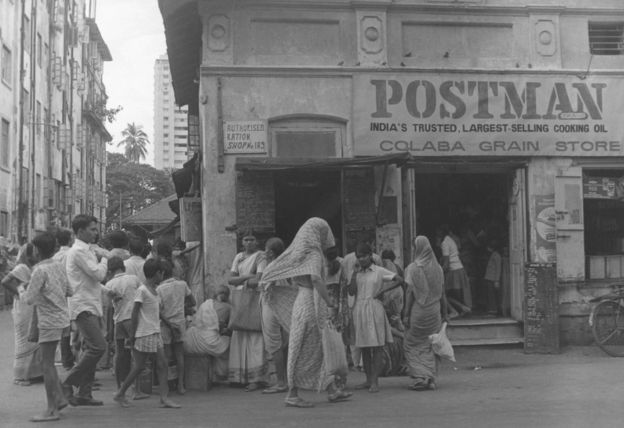 If you were travelling, you had to know someone to get a railway ticket with a confirmed seat, similarly on Indian Airlines, a chance ticket would get confirmed if you had the right connections. There was a 10-year wait for a telephone. A 12-year wait for a Bajaj scooter, four-/five-year wait for a Premier Padmini (you could sell your car after five years for the same price you bought it at). Outsmarting others even if it meant breaking the queue was considered to be clever.

Queuing in line for the darshan is another Indian favourite pastime. The Lalbaugcha Raja queue can have over a few thousand people waiting. The Tirupati Balaji darshan queue can extend for 24 hours. The Golden Temple or the Vaishnodevi Devi Temple queues are a trail of patience by god unless you are a VIP and know how to get ahead of the common people.

In recent times, during the Covid-19 pandemic, when the government opened up liquor shops, there were visuals of people standing in queue to collect liquor. That was probably the only time one saw orderly queues. On the other hand, there were hundreds of images on television, social media of families waiting in queues to cremate/ bury their loved ones. I hope to God I never have to see images like those again.

Queuing in small town India can be slightly different to the larger cities, in, say, Jhansi or in Jabalpur. An aunt, for instance, would be allowed to go first because of various reasons, age being a key factor to help you fast track a queue, whereas in the cities, any intruder would have to face a lot of aggression. In Mumbai, it is not unusual to see people standing in a queue at a bus stop or at a share-a-taxi stand. Whereas in Delhi one would see a group of people standing around a bus stop and when the required bus arrives a few of the bystanders would dart into the bus pushing others on the side. If I were to compare Delhi and Mumbai, Delhi would win hands down in pushing, shoving and grabbing.

When demonetisation happened, a lot of friends and family went out to queue at the banks taking with them some khaana-peena. It was almost like a picnic. Waiting in line to get your Aadhar Card amended, or getting your driving licence renewed can take a couple of hours. In the 1970s and 80s, queuing for cricket matches was an ordeal, people sat around gossiping, chatting. It was an outing to spend the day trying to buy a ticket for the upcoming cricket match. While this may seem like a massive ordeal to a typical westerner. it was just a little adventure for Indians, not to mention that one could get lathi-charged while waiting in the queue and that would be a part of the fun. 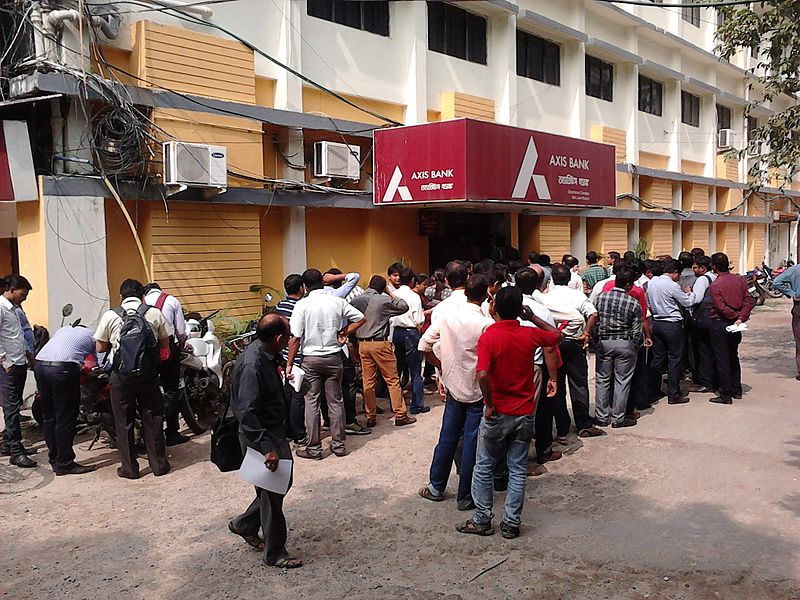 Queuing up at restaurants can extend from a 15 min to a 30 min wait. In Mumbai’s Kalbadevi, there is an eating place called Thakkar’s Bhojnalaya. It serves Gujarati food and the queue is over thirty minutes. Surprisingly, the majority of the people waiting in the queue are Gujaratis. Similarly, there’s a wait outside Swati and Soam, both eateries serving Gujarati food. A few years earlier, I would take my family to an eatery in Matunga called Sundar Vihar, and the wait was almost 25-30 mins. But the food was good and worth the wait.  Some bloggers ought to write a column on food queues that are worth the wait. Today, with Swiggy and Zomato, why do people queue? Or maybe simply make a booking with the timing at which you are supposed to be there. Some restaurants will not accept a booking. They expect you to reach the place and wait in queue. I refuse to go there. We Indians have developed our own queue culture. We make friends with the guys around us and for sure there is a chap who is standing in for 12 family members.

Sometimes restaurants make it a marketing technique to have people waiting outside just to show how popular the place is, posting pictures of people patiently waiting in line on social media just makes the restaurant very desirable. The key thing with queues is to follow whatever rules have been set by the venue. Do you want to line up?  Are you supposed to put down your name and number? Do you want to leave your number? Some restaurants have a manager who write your name and number down and fit you in whenever an appropriate table is available. Eventually all of us may want to eat the delicious matter-paneer or butter chicken that place has to offer but only some of us have the ability to sacrifice time and the patience to eat at the venue.

The British have perfected a queue culture. On a clear Sunday morning, outside a well-known eatery in London, I counted 25 people and the queue stretched from the footpath to around the corner. I have seen rich Indians patiently wait outside Dior, Hermes and Louis Vuitton. These are the guys who are used to being waited upon by an army of servants and a slight glitch or a flight delay can have them grumbling and groaning in frustration and calling for the manager. 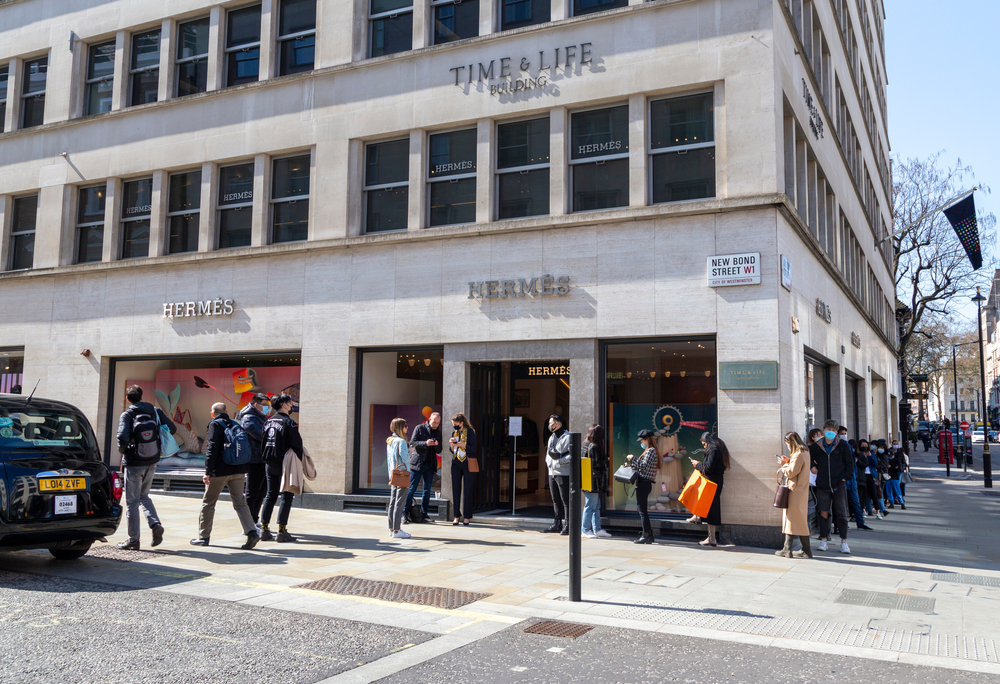 The Brits, the Germans and the Swiss pride themselves on their sense of order and fairness, and suffer through queues with proud stoicism. But this is not the same for Spanish or Italians, who don’t find the prospect of waiting quietly for one’s turn vaguely redeeming. They tend to look for excuses to cut the line, if that fails, they scream and shout. The common Italian way is to push to the front saying that they have a question for the man at the counter and then quickly conduct their business a lot like us Indians. In some places, it has gotten so bad that you now have a ticket number system in place of a physical queue.

We have always had a history of a queuing culture however, Covid-19 has further changed the rules (not in a proactive way), through a combination of business closures, staff shortages and overall changes to the processes of booking almost anything. Unfortunately for some of us who don’t have the time, energy or patience for standing in lines, these rules are probably here to stay. Ironically, not only are people willing to queue up but businesses feel that they generate greater awareness with the buzz. Some businesses deliberately structure their logistics in a way to encourage queues because of the positive impacts of being seen as ‘desirable’ and ‘aspiring’ (Louis Vuitton, Hermes, Dior, and Rolex, to name a few).

And finally, the ultimate queuing expectation — if you were to get invited to a Parsi wedding or Navroz dinner, the experience is hilarious. At the appointed time the elder of the family requests everyone to join in the dinner celebrations, “Jamwa Chalo Jii” — and on cue, as if the final school bell has just rung, people make a beeline to the tables to find a seat; and halfway through the meal, you have someone standing behind your chair — waiting for you to vacate it!