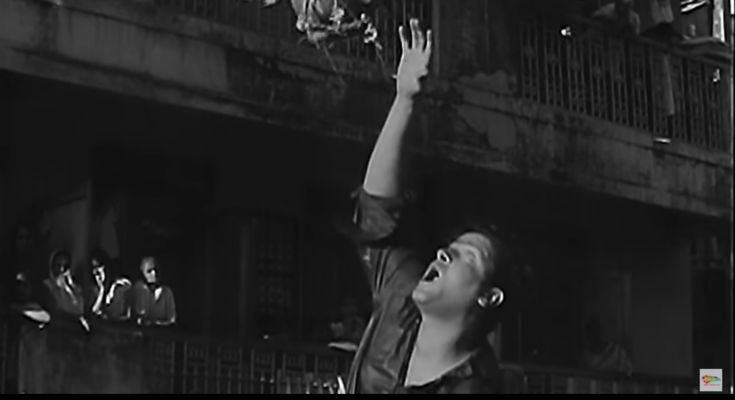 On the eve of Janmashtami, Narendra Kusnur picked 10 songs dedicated to Lord Krishna – seven of them being from Hindi cinema

To mark Janmashtami, we choose 10 songs dedicated to Lord Krishna. Seven of these are from films, and of those, three are sung by Mohammed Rafi.

We also have a popular bhajan, an unknown song and one hit from the 1990s Indipop era. The list is in no particular order, the only condition being that the non-film songs were kept at the end.

From the 1963 film Bluff Master, this song was set in a Dahi Handi crowd sequence and picturised on Shammi Kapoor. Mohammed Rafi sang Rajendra Krishan’s lines which went, “Govinda aala re aala, zara matki sambhal brijbala”. Music was by Kalyanji-Anandji.

This song was very popular after its release in 1964. Picturised on Sunil Dutt and Saroja Devi, it was sung by Rafi, composed by Shankar-Jaikishen and written by Shailendra. The dancing added to the screen charm.

Rafi shone again on this popular song composed by Ravi and written by Rajendra Krishan. It was filmed on Sunil Dutt, and had a wonderfully choreographed folk dance by people in colourful costumes.

Written by Pandit Narendra Sharma in the 1978 film, it was based on the theme of Radha and Krishna. Laxmikant-Pyarelal composed the tune sung by Mangeshkar with a short bit by Manna Dey. A young Padmini Kolhapure appeared on screen.

This one’s targeted more at children and tells the story of Lord Krishna through an animated video, directed by MFF. The names of the singers and musicians aren’t mentioned, and the lyrics move medley-like from one theme to another, blending chants, Hindi and English.

Comprising Hariharan and Lesle Lewis, the Colonial Cousins tasted huge success with this song, based on a popular Kannada bhajan ‘Krishna Ni Begane Baaro’. The song asks the almighty, be it Krishna, Rama, Jesus or Allah, to come back and save the world.