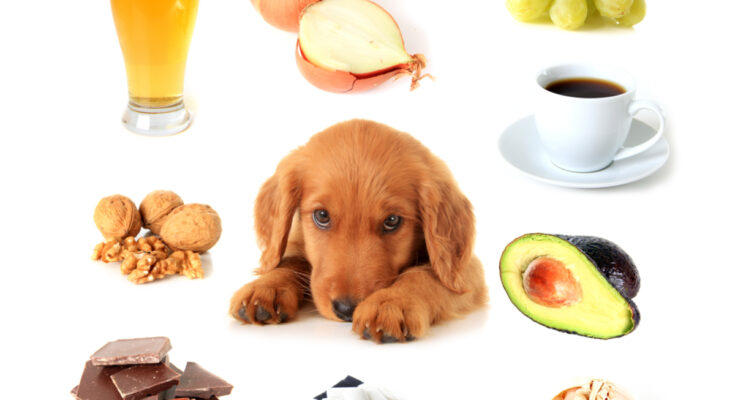 As seniors. we tend to be still stuck in our good ol’ ways that we feed our pets, writes Deepa Desa, but doggy treats have changed over the years. Find out certain ‘human’ foods that can be lethal for your dog.

I’ve had dogs since I was a baby, and in those growing up years, we used to give our dogs pretty much anything that we were eating – including loads of chocolates and milk, which dogs love. But over time I have learnt from experts and vets that certain foods that we took for granted that our dogs could eat ( like slipping the odd chicken piece under the table), are actually lethal for them.

As a responsible dog owner, it’s critical to know what you can and can’t feed your dog.

There’s a ton of foods you probably didn’t know about that can actually be really bad for your dog, including some that are perfectly healthy for humans.

There’s nothing worse than having your dog suffer over a simple mistake in diet. While they’re still man’s best friend, they probably shouldn’t eat like your best friend.

While we often think of our dogs as family members, treating them as such at mealtimes can do more harm to them than merely spoiling them by spicing up their dinners.

Here’s a look at 10 “human” foods that could potentially kill your dog: 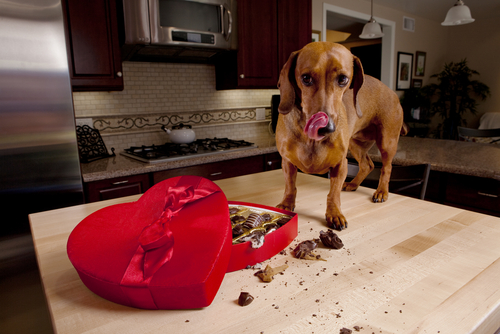 Chocolate is one of the most common foods that is bad for dogs, so we figured we’d knock it off the list early. Dog owners know better than to leave a Mars bar or two lying around as dogs will inherently sniff them and start chomping chocolate quite happily. You get “doggy chocolate” so consider giving them that instead.

Chocolate contains caffeine and theobromine which fall under the methylxanthines category. When we hear the phrase “the darker the chocolate, the more dangerous,” it’s because white chocolates contain fewer methylxanthines. Thus, less toxicity. 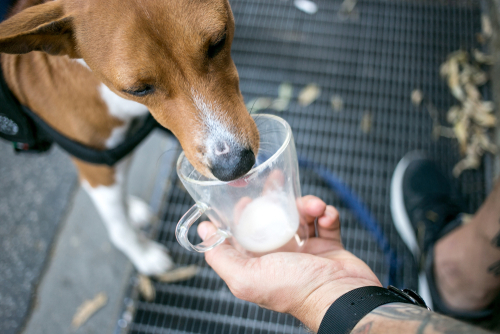 Yeah we know, puppies drink milk from their mothers after they’re born. And all dogs love milk! However, like humans, most dogs (and even cats), suffer from lactose intolerance (my dog did).

Milk contains milk sugar that dogs don’t have the enzymes to break down.

Consumption of milk could lead to vomiting, diarrhoea and other gastrointestinal problems. While it’s not immediately life-threatening, it can contribute to serious bacterial exposure in dogs that could eventually lead to disease. 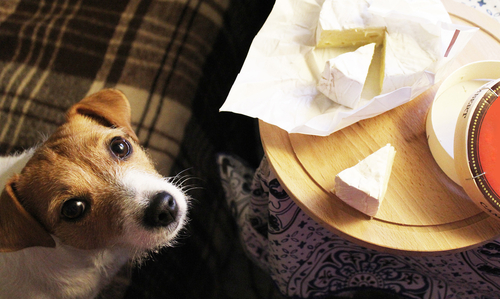 Sorry boy, no Grilled Cheese Toast for you. Your stomach will thank me for it later.

Like milk, cheese also has sugars and fatty components that dogs don’t have the necessary enzymes to break down.

Cheese, and other dairy products, can cause problems if consumed in excess. Symptoms like gas, diarrhoea and vomiting can all occur if a dog eats too much cheese. 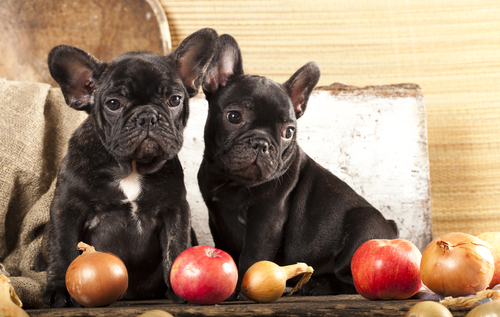 Onions contain compounds that can be harmful to dogs if ingested enough.

Onions can damage red blood cells in dogs causing them to become weaker and move around less. If enough onions are consumed, a blood transfusion might be necessary. 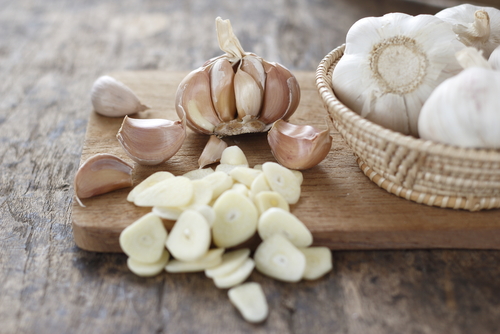 Keep your doggie away from raw garlic.

Like the chocolate rule, the stronger the garlic and onion the more toxic it can be. Since garlic is part of the onion family it’s even more dangerous to dogs than onions per ounce.  Raw garlic contains compounds that are strong in toxicity.

While the effect of garlic consumption to red blood cells won’t appear for a few days in dogs, they’ll be tired and reluctant to move. The dog’s urine will be orange to dark red in colour. Like with onions, a blood transfusion might be required in severe cases. 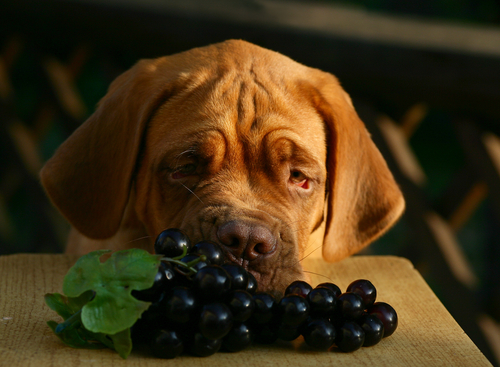 Grapes and raisins can be extremely toxic to dogs.

While its currently unknown what chemicals and compounds are in grapes that cause toxicity to dogs, the results of consumption can be pretty devastating.

Grapes and raisins can cause rapid kidney failure. While it varies between dogs, symptoms may not show up in them. Other than kidney failure, dogs can also develop vomiting or diarrhoea as well as a lethargic state. Dogs will also develop dehydration and lack of appetite. Death from kidney failure cannot be ruled out. 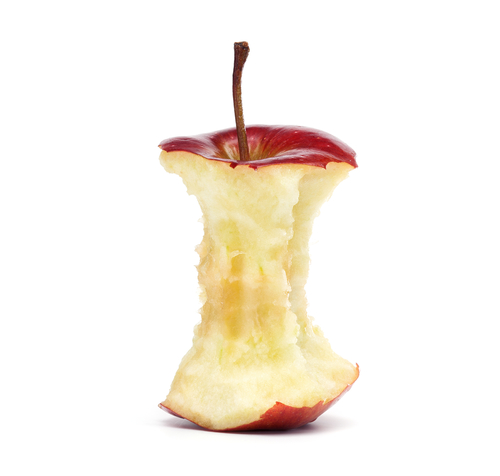 While most of us avoid eating the core of an apple, chucking it over to your dog is toxic for them. Apples are a nutritious, low-calorie snack for your pet however, the core isn’t pet-friendly. The tough center of an apple is a choking hazard, and the seeds contain very small amounts of cyanide. Along with a few other fruits, you should definitely be careful not to leave apple cores laying around for dogs to get their paws on.

The core of an apple (as well as plums, peaches, pears and apricots) contain cyanogenic glycosides which is also known as cyanide.

Some of the symptoms that come from ingesting the toxin are dizziness, struggling to breathe, seizures, collapsing, hyperventilation, shock and even coma. 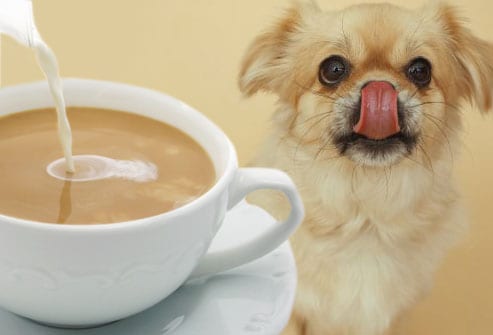 Whilst coffee maybe great for humans I have no idea who would ever share coffee with their dog. Pets are literally like two-year old babies, and you would never think of giving your two year old caffeine- simply because their systems are not equipped to assimilate some chemicals in caffeine. Never let your dog near coffee or any form of caffeine. 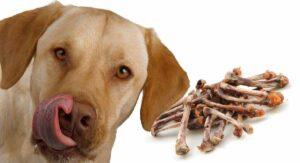 Don’t give a dog a bone! .Cooked chicken bones is a no no. If you must – then large chewy bones (uncooked), can be given under supervision.

Cooked chicken bones can break and splinter, which can cause your dog to choke and can also puncture the gastrointestinal tract, or get caught in their throat. This is extremely painful to your dog and can potentially lead to death. 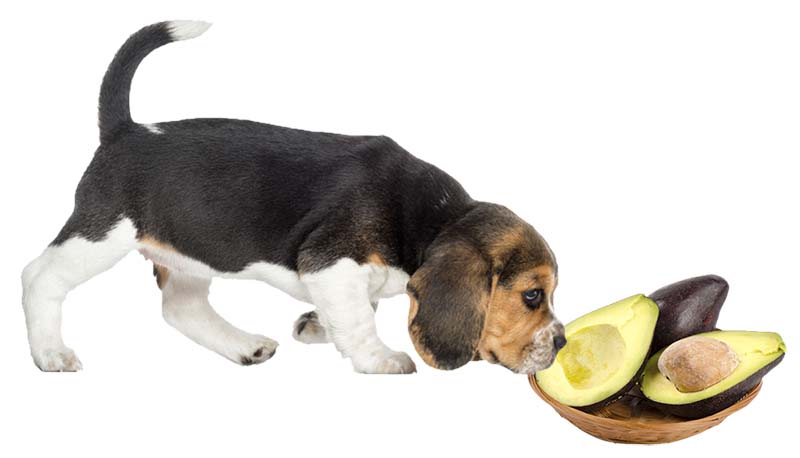 I’ve listed this last, assuming no one really feeds their doggy avocado. But it’s listed to make sure they don’t accidentally steal or eat avocado as its toxic for dogs.

Avocados can have toxic effects on dogs depending on the variety. They can cause upset stomachs in dogs, breathing difficulties, fluid build-up in the chest, but the most dangerous thing for them seem to the be the pit. Since it’s slippery, the pit can accidentally be swallowed by dogs, leading to obstruction of the gastrointestinal tract.

It should be noted that the amount of damage these foods can do vary on the specific breeds and sizes of your dogs. Like humans, all dogs are different and can react differently to foods. Though it’s better to keep them away from these foods just for good measure. 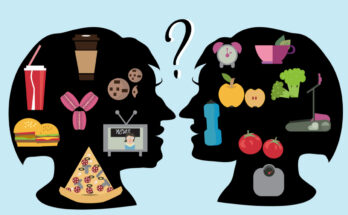 9 Worst Foods for Your Brain

Too much Giloy not good for you — latest reports 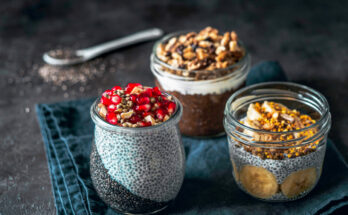