How quickly can bacterial contamination occur? 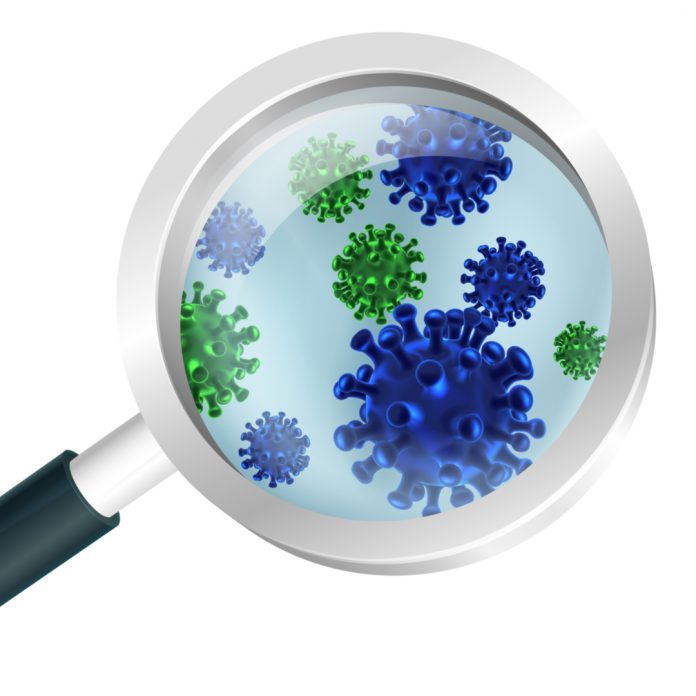 Everyone has had it up to their ears dealing with viruses and bacteria.

Nobody wants to fall ill anymore.

I believe that prevention is better than cure, so let’s get a bit knowledgeable with foodborne illnesses that affect millions of people worldwide.

What causes these foodborne diseases?

What precautions can we take to avoid these foodborne diseases?

Let’s talk about the common foodborne diseases caused by bacteria contamination, how one puts themselves at risk of contracting them and tips on how to stay safe.

Did you know: bacteria on food can double in number in as little as twenty minutes and continue to multiply exponentially.

Foods that are prone to bacterial contamination —

Foods that have a high water, starch, or protein content provide optimal breeding grounds for bacteria and are therefore at a higher risk of causing foodborne illness. High-risk foods include:

The top bacteria that cause foodborne illness include:

The infection is caused when bacteria grow on food and continue to grow in your gut after eating that food, further they release toxins in the intestinal tract making it hard for you to fight the poisoning, often making people sick enough to be put on strong antibiotics to kill the bacteria and cure the infection.

Common side effects of foodborne illness which usually occur within twenty-four hours from bacterial contamination are — a stomach upset, cramping, diarrhea, nausea and vomiting, loss of appetite and even headaches.

Do you know?  A stomach bug or the stomach flu is caused by a Norovirus virus and not bacteria, but can lead to a bacterial infection.

How do foods become contaminated — Between when a food is produced and when you eat it, it goes through processes which can cause contamination, processes like farming, harvesting, slaughtering, food processing, transportation, food storage, (including during refrigeration or while food is in storage rooms or pantries) and lastly food preparation.

Food becomes contaminated through transfer of bacteria or other microorganisms from one food to another through unclean equipment, poor refrigeration, sneezing, or touching raw meat and then handling vegetables or fruit, which is sometimes eaten raw.

Did you know? If contamination-prone foods have been left in the danger zone ( at forty degrees or higher) for more than two hours, it’s best to throw it out, putting contaminated food back in the fridge or freezer won’t kill the bacteria, and the food will remain unsafe to eat.

All this can seem overwhelming and literally put you off eating or cooking altogether. Wait a bit before you get put off — We can prevent ourselves from getting ill with practicing the basics of food preservation habits.

Rule-3: When shopping — read expiration dates, pick cartons that are not dented and produce that is not bruised, raw meat and groceries should be in separate shopping bags, clean and sanitise reusable shopping bags, add perishables to your cart last, do not let groceries sit in your car for long.

Rule-4: Lay all shopping on your kitchen counter segregate and packet before you attempt to store safely —The freezer temperature should be at zero degrees and refrigerator at four degrees — raw meat should be packed in sealed containers so as not to touch the ice or ice-cream in the freezer.

Rule-5: All cooked food should be put in shallow containers in small portions, left to cool and refrigerated as soon as it is room temperature. When removing cooked food from the refrigerator, make sure it is heated to a boil. This makes it safe for consumption.

Rule-6: Wash your hands with soap and water for twenty seconds when handling food, especially if you have touched raw meat or poultry, used the washroom, sneezed or coughed, petted an animal, handled garbage or used the phone.

Rule-7: Use separate cutting boards for meat and vegetables, wash all produce thoroughly before cutting.

Rule-8: When eating take away, reheat it to safe temperatures (a boil as mentioned earlier) especially if it has been sitting for more than two hours.

Rule-9: Use insulated bags to carry your lunch to work. Cold and hot separately.

Did you know? A food thermometer is a must have, it’s a great tool to ensure you are cooking or reheating your food at temperatures that will kill harmful bacteria.

Bacterial Contamination is a concern, but one does not need to turn this into paranoia as it can happen at any stage of food production. At the end of the day, it’s all about boosting your immunity, making sure you follow safe food handling practices such as cooking foods to correct temperatures, discarding leftovers after two to three days, and keeping food out of the danger zone (forty degrees Celsius or higher) as much as possible. If you’re unsure whether a food is safe, it’s best to throw it out.

Protect yourself and others from foodborne illness.

Gut health is everything.

Stay out of the danger zone.