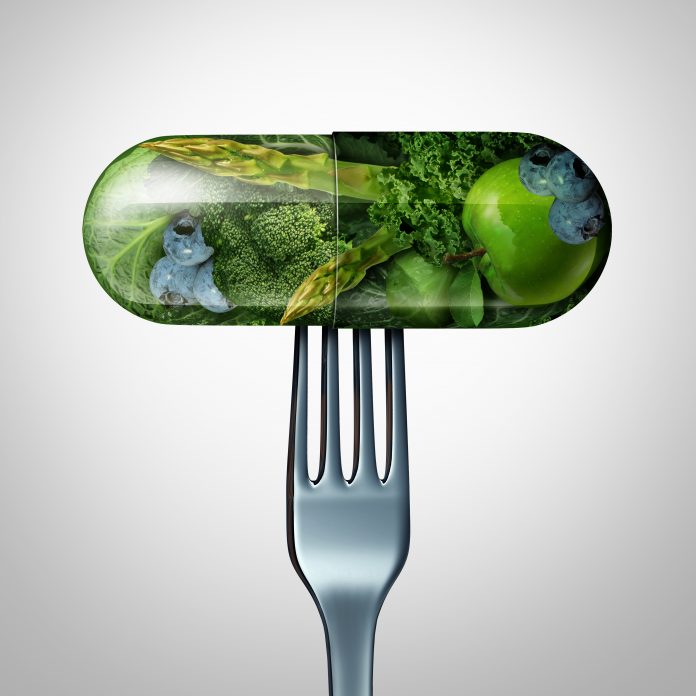 They are highly nutritious foods which protect your body from chronic illnesses, while being good sources of energy, as well as rich in vitamins and minerals, writes Dr Nandini Saini

We live in an age of “health consciousness”- everyone has an opinion of the health benefits of various edibles. Most people will have a preference for some fruits or vegetables they think are most beneficial. But are they actually accurate?

Powerhouse vegetables- what are they?

These are described as highly nutritious foods which protect your body from chronic illnesses, such as cardiac diseases and diabetes. They are good sources of energy, as well as rich in vitamins and minerals.

In an attempt to help you choose the healthiest of foods available, researchers have recently developed a new system of classification, based on the nutrient density of each food. They studied the fruits and veggies for 17 nutrients havingthe most health benefits, some of which are fiber, potassium, iron, riboflavin and various vitamins. The fruits or veggies were given a nutrient density score, based on the quantities of the nutrients present in them.

The study classified powerhouse food as that which provided at least 10% daily nutritional value per 100 kilo calories.

A few of the veggies that made the list: 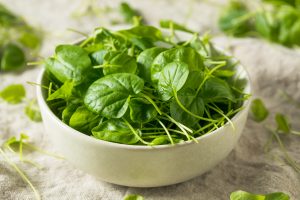 Scoring a perfect 100, this veggie by itself brings a lot of nutrition to your plate…rich in vitamins A, C and K, as well as significant amounts of folate and iron. It has long been used as a supplement in treating scurvy.

You could add it to your soup; it’s also known to give a kick to sandwiches and spreads. You can substitute it for spinach or kale in your dishes. 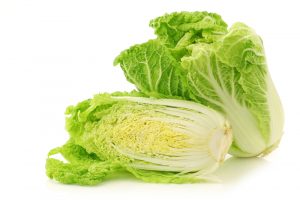 Also called Napa Cabbage, this vegetable is packed with soluble and insoluble fiber, helping to maintain gut health. Rich in iron, micronutrients and vitamins, it helps lower cholesterol and maintain sugar levels in the body.

You can get creative using this veggie…it makes for amazing salads and stir fry’s.

The leafy tops we usually toss away are actually very rich in Vit K, which could reduce chances of diabetes. They also contain carotenoid phytonutrients, and help in protecting the eyes.

You could just add them to soups or smoothies, or sauté them with olive oil and herbs. 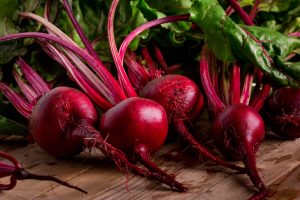 This red vegetable is a good source of fiber, iron as well as nitrates, which can reduce blood pressure.

Though we usually have them as a salad or in soups, they make very healthy and tasty side dishes too. Just toss them with curry leaves and a few masalas, and you’re all set. 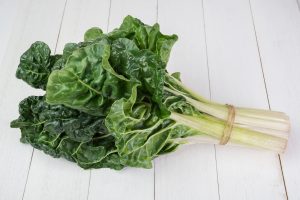 It’s a good source of iron, Vit A and K, as well as fiber. It also has high potassium levels, helping in controlling sugar levels. Being a good antioxidant, it helps in increasing immunity.

It lends great taste to soups, pies, pizzas. You can also have it raw, as part of a salad. 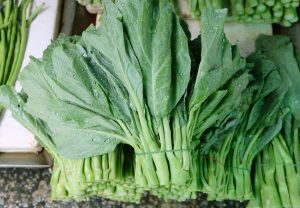 Filled with the goodness of Vit K and C, as well as beta carotene, these greens help you to fit chronic diseases. Also found to be rich in Calcium, they help in bone and teeth strengthening.

Add them to spinach as a vegetable or to lentils as salad. 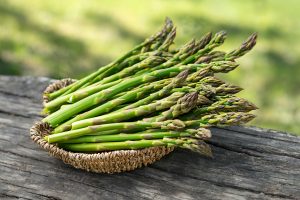 Asparagus has a large amount of folate, a part of the Vit B family.

Have it as a part of your salad, or on toast, it’s good either way! 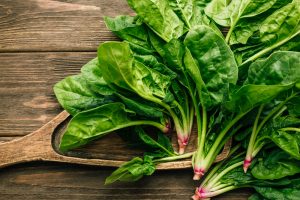 This green vegetable is rich in Vit c and K, as well as Manganese. Including a cup of spinach to your diet 2 to 3 times a week helps fighting diabetes and blood pressure.

You can make a smoothie out of it, or have it as a side dish. 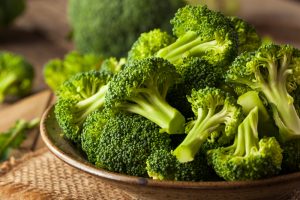 Broccoli, besides being rich in Vit C and K, also boasts of substances which can lower the risk of cancers. Highi n fiber, it gives a sense of fullness even when consumed in small amounts. It also contains compounds which are gut friendly and help preventing Crohn’s disease.

Be it radish, spinach or kale, these miniature versions are richer in Vit B and C than their mature counterparts.

You can use them to garnish your soups or add a handful to dips or sandwich spreads. 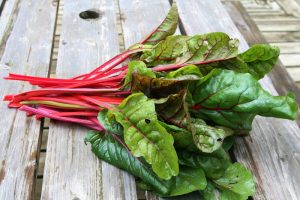 Rich in lutein and zeaxanthin, this vegetable is very good for the eyes. Its low calorific value too, makes it a powerhouse vegetable. There are two varieties available, both of which are beneficial.

It can be steamed and had as a stir fry. 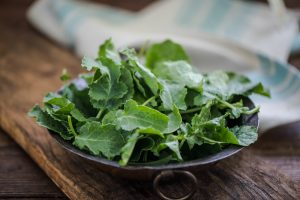 Kale, with its high content of Vit A, c and K, as well as beta carotene, is one of themost trending and best superfoods around. Its strong taste, however, can make it unpalatable. Look for baby kale, which,while preserving all the goodness of kale, is also milder on the tongue.

It makes a great smoothie or an accompaniment to your salad. 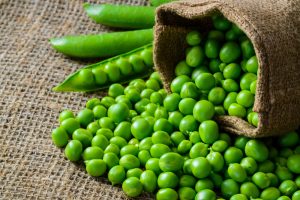 Peas are super sources of fiber and vitamins; a cup of peas holds about 7.2 Gms of fiber. This makes peas a friend of your digestive track. They are also known to lower cholesterol levels and aid in weight loss.

Indian cuisine incorporates peas into a lot of dishes- you can add it to cauliflower, potatoes,and carrots. It adds a good flavor to any dish. You can also add it to soups and gravies. 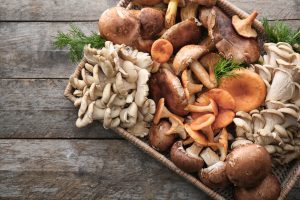 Mushrooms have long been considered as a power plant because of their high nutrient content as well as their medicinal values.  They are good antioxidants and are also used as adjuvants in cancer therapies. They are also one of the few vegetables tat give you a high protein intake.

Mushrooms lend a great taste to pastas and stir fry’s…you can also add them to soups. 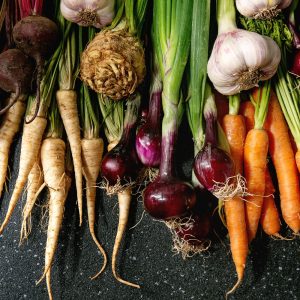 Root veggies- carrots, sweet potatoes, and yams- are good sources of energy, packed with carbs and starch. Being natural anti bacterials as well as antioxidants, they could prevent obesity and diabetes.  They have the added benefit of being Gluten free.

They can be boiled or had as salads. Combined with herbs and masalas, they make good side dishes to your meals. 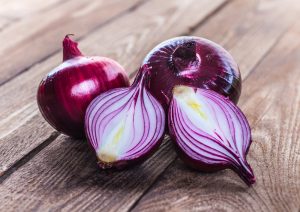 Surprisingly, Onions weren’t a part of the list of power foods compiled by the study. However, they’re one of the healthiest foods available to us.

Being rich in dietary and non-dietary fiber, it improves gut health.

They are found to contain over 25 flavonoids which also act as antioxidants and anti-inflammatory chemicals, protecting the body from infarctions, hypertension and hyperlipidemia.

Onions have always been an important part of Indian cuisine, forming the base of most gravies. You can sauté them and add to stir-fry’s and soups, or indulge in raw onions, splashed with vinegar.

A few tips while cooking these power foods

Try to avoid boiling them, as the process reduces the nutritious value of foods.

If you are boiling them, preserve the water, and add to soups or gravies; not only will it give them a unique taste, it also makes the dish more wholesome and healthier.

Be careful while having onions- raw onions can give rise to digestive discomfort. Have it in moderation.

Keep in mind, all fruits and vegetables bring a different nutritional component to your plate…always make a habit of adding a variety of foods to your meals. Not only will you find your meals more interesting and diverse, you’ll also give yourself and others the benefits of the various power foods. 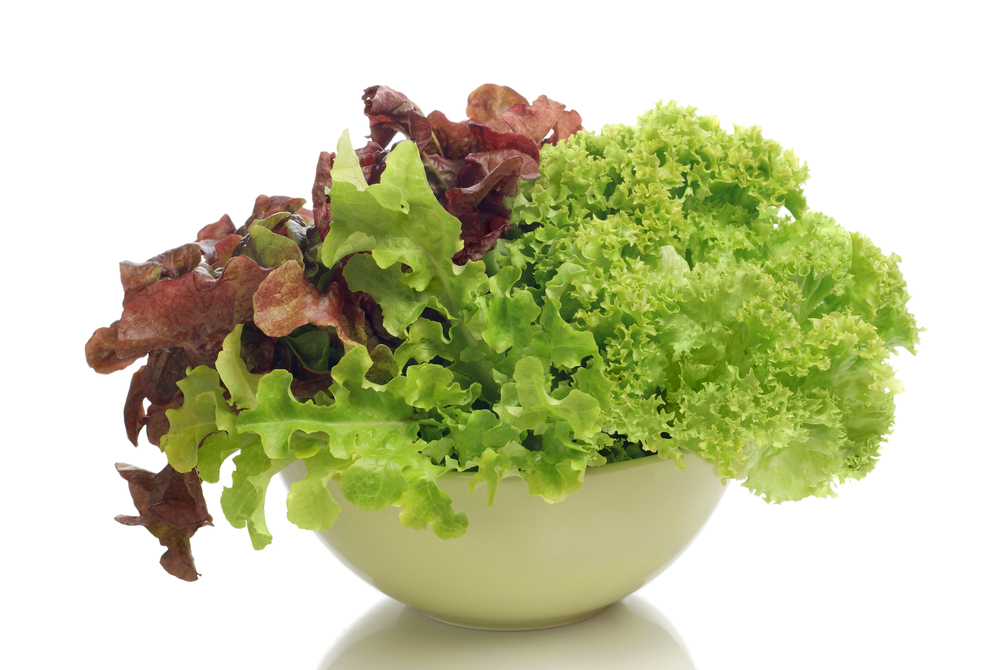