Yes, Salt is not good for you! 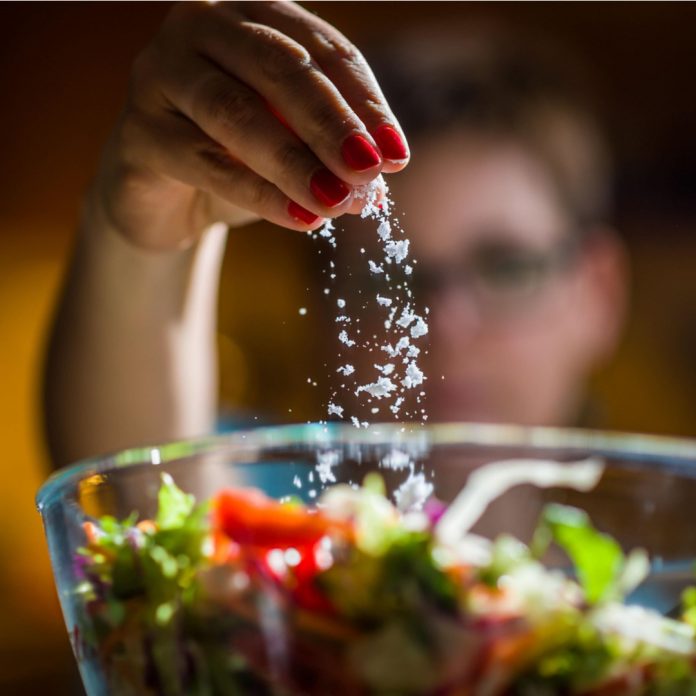 Salt is the most common form of sodium and is added to food during manufacturing, home cooking or at the table to enhance the taste or to extend the shelf life.

Most people have heard the advice to cut down on salt. That’s because high sodium intakes are associated with high blood pressure, a major risk factor for cardiovascular disease, heart attacks and strokes.

So the recent headline “Food myths busted: dairy, salt and steak may be good for you after all” (Observer, London) was bound to grab attention.

In the research article this headline is based on, the authors examined whether advice to substantially lower sodium intakes was supported by robust evidence.

The article’s premise is that current advice to limit sodium consumption to 2.3 grams a day is unachievable for most people in the long term. And it claims there isn’t good quality evidence to show lower salt intakes reduce the risk of heart attacks and strokes.

The authors suggest that current global sodium intakes, which range from 3-5 grams per day, are associated with the lowest risks for a heart attack, stroke or dying prematurely. And that heart attacks and strokes increase only when sodium intakes are higher or lower than this.

But there are a number of controversies about these claims, and the existing advice to limit salt consumption remains. Let’s take a closer a look at some of the issues associated with these claims, as well as important research the authors missed.

Most of us could afford to cut down on salt

One teaspoon of salt weighs around 5 grams and contains 2 grams of sodium.

Australians consume about 3.6 grams of sodium per day, equivalent to 9.2 grams (about 2 teaspoons) of table salt.

This is higher than the suggested dietary target of 2 grams of sodium (5 grams of salt) per day and the adequate intake range of 460-920 milligrams (1.3-2.6 grams of salt) a day.

Sodium intakes in Australia are similar to the rest of the world. Data from 66 countries, accounting for three-quarters of the world’s adult population, reported the average sodium consumption is 3.95 grams per day and ranges from 2.2 to 5.5 grams per day.

Yes, it’s possible to cut down on salt

A 2017 systematic review of dietary salt-reduction interventions found individual dietary counselling could reduce a person’s salt consumption by about 2 grams a day (equivalent to 780mg of sodium), over time periods up to five years.

Population-wide strategies that include reformulating manufactured food with lower levels of salt, improved labelling and mass media education were even more effective in some regions, reducing average salt intakes by around 4 grams a day in Finland and Japan.

The authors of the latest paper highlight a lack of studies in the population showing they’ve achieved dietary sodium intakes of less that 2.3 grams per day.

But this fails to acknowledge the challenges in conducting such a study to test that, or the importance of reducing your sodium intake relative to what you usually consume.

The study included more than 20,000 people with high blood pressure who either had a history of stroke or were aged over 60 years. One group was randomly assigned to use a salt substitute to reduce their sodium intake. The second group continued to use regular salt. Both groups were followed up over five years.

The rate of any major cardiovascular event, including heart attack, was 13% lower among those in the salt-substitute group compared to the regular salt group. The rate of strokes was 14% lower.

This trial demonstrates the benefit of reducing dietary sodium intakes, irrespective of a specific daily target.

Is it risky to have too little salt?

Humans need sodium to maintain essential bodily processes such as fluid volume and cell stability. Sodium levels are balanced though a sensitive system of hormones, chemical processes and nerves to ensure that sodium in excess of needs is excreted in the urine.

There is conflicting evidence about heart health when you have very low sodium intakes. Some researchers have suggested there is a J-shaped relationship, where both low and very high intakes increase the risk of poor outcomes (the end of a “J” shape), while the lowest risk is across a broad mid-point of salt intake (the curve in the “J”).

The J-shaped curve in some studies on salt and blood pressure can be explained by issues such as measurement error, random variation, other differences (in age, sex, smoking status or socioeconomic status), existing dietary patterns or other health problems, interactions between a major sodium reduction, and the body’s physiological pathways that regulate blood pressure.

Or it could be explained by reverse causation, where the people recruited into the study report low sodium intakes because they have already been advised to follow a low salt diet before enrolling in the trial.

While we wait for more research to explaining discrepancies related to a J-shape curve, the evidence overwhelmingly finds lower sodium intakes, compared to higher intakes, lead to important reductions in blood pressure.

Clare Collins is Laureate Professor in Nutrition and Dietetics, University of Newcastle, Australia

Republished from The Conversation