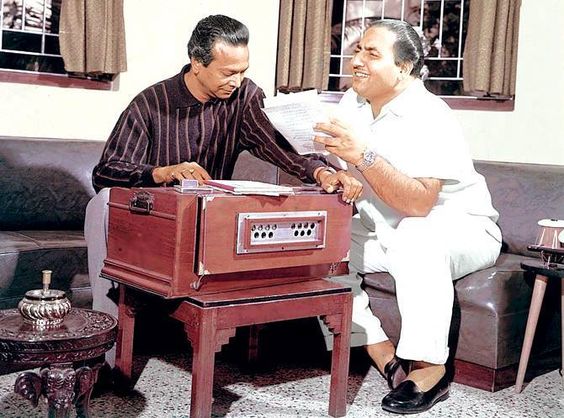 Their birthdays fell on consecutive days and they created plenty of magic together. Mohammed Rafi, born December 24, 1924, and Naushad, born December 25, 1919, had a third partner in lyricist Shakeel Badayuni, and they had some of the most iconic songs of the 1950s and 1960s.

Seven of these 10 Naushad-Rafi songs are filmed on the great Dilip Kumar, whose birth anniversary was on December 11. The list is chronological.

This classic in Malkauns was one of the many raag-based songs composed by Naushad in Baiju Bawra. Filmed on Bharat Bhushan, the bhajan began with Shakeel’s lines, “Man tadapat Hari darshan ko aaj”. The taan that followed the line “Tumre dwaar ka main hoon jogi” was an example of pure perfection. The film also had Rafi’s ‘O Duniya Ke Rakhwale’ in raag Darbari and ‘Insaan Bano’ in Todi.

Naushad composed this beauty in raag Hameer. The song was filmed on Dilip Kumar and Kumkum, who did a dance. Rafi sang Shakeel’s lines, “Madhuban mein Radhika naache re, Giridhar ki muraliya baaje re”. Vocalist Niyaz Ahmed Khan sang a taan filmed on Mukri. It’s said Dilip took sitar lessons so he could get the right position and hand movements in the song’s concluding part.

While Naushad and Rafi made a great combination, the ace music director also had many hit songs with Lata, and some with Shamshad Begum. Rafi, of course, successfully teamed up with many music directors from S.D. Burman, O.P. Nayyar and Ravi to Laxmikant-Pyarelal and R.D. Burman. The contribution of both musicians was exemplary.