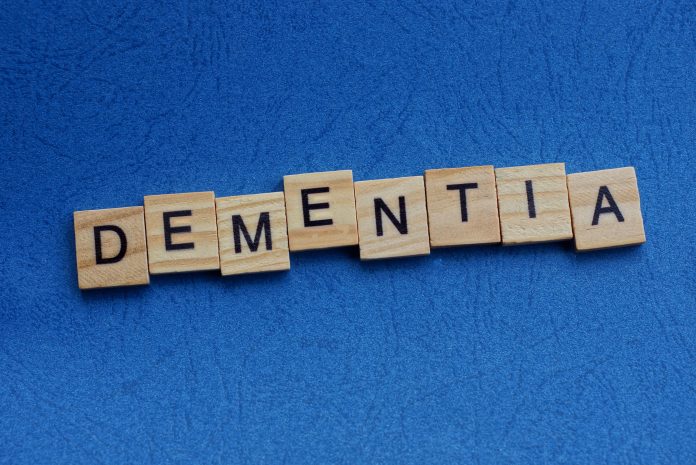 Lets kick this off with the basics of what dementia is?

What are the signs of dementia?

What are the common types of dementia?

Dementia is not a specific disease but an umbrella term for degenerative conditions that affect the brain, that impair the ability to remember, think, communicate, or make decisions that hinder your everyday life. On average, dementia mostly affects older adults, but it is not a part of normal ageing.

Dementia is a general term, so its symptoms vary widely from person to person. People with dementia generally have problems with memory, attention, communication, cognitive skills like thinking, reasoning, solving problems and perception.

Some common signs to look out for that may point to dementia are getting lost in a familiar neighbourhood, using unusual words or gibberish to refer to familiar objects, forgetting the name of a close friend or family member, forgetting old memories or even the inability to do tasks independently.

There are over 200 different subtypes of dementia.

Alzheimer’s disease: Alzheimer’s and dementia are not the same thing. This is the most common cause of dementia, accounting for 60 to 80 percent of cases. It is caused by specific changes in the brain. The trademark symptoms include trouble remembering recent events, personality changes and forgetting basic motor skills.

Vascular dementia: A percentage of dementia cases are linked to strokes or other issues dealing with blood flow to the brain. This type of dementia progresses in a stepwise fashion, which means that symptoms will suddenly get worse as the individual gets more strokes or mini-strokes.

Lewy body dementia: Along with the typical dementia symptoms of memory loss, people with this form of dementia have movement or balance problems like stiffness or trembling. In some cases they even experience confusion, or hallucinations.

Fronto-temporal dementia: This type of dementia leads to changes in personality and behaviour because of the affected part of the brain. People with this condition may embarrass themselves or behave inappropriately and even have trouble with language skills like speaking or understanding.

Reversible causes: Sometimes people who have dementia may have a reversible underlying cause such as side effects of medication, increased pressure in the brain, vitamin deficiency, thyroid issues or hormonal imbalances. In this case, reversing the cause can reverse dementia.

Dementia is a widely misunderstood term. Here are a few facts you should know about dementia —

Fact 1: Dementia does not only affect older people

Dementia is not exclusive to older people. It can affect anyone at any age. While people over the age of sixty-five are more likely to get it or at risk, it is most often caused by other diseases that have affected the brain.

Fact 2: Dementia does affect women and the less fortunate

While dementia does not discriminate, it does affect some demographics more than others but anyone can get it. Women are often diagnosed with dementia more frequently than men because women tend to have longer lifespans. Those people living in lower income areas are also more likely to get dementia that goes undiagnosed as a result of untreated causative diseases. However, they are not the only ones who are victims of dementia.

Fact 3: Dementia is not always hereditary

Dementia does not always run in families. Just because a parent, grandparent or family member has dementia, doesn’t make you an automatic candidate, you cannot blame it on your genes. While there are some rare types of dementia that can be inherited, a person who has no family history of dementia can also be affected.

Fact 4: Dementia and Alzheimer’s are not the same thing

Fact 5: Your diet and dementia are linked

Somehow everything is linked to your diet. The sooner you accept this, the better. You are more likely to develop dementia if you suffer from type 2 diabetes or high blood pressure and a healthy diet will help you reduce that risk. A balanced and nutritious diet full of whole grains, healthy fats, lean proteins, fruits and vegetables can do remarkable things for your health.

In addition to a healthy diet, exercising and staying physically active and fit significantly reduces your risk of developing dementia. You don’t have to spend hours at the gym lifting dumbbells, just make sure you are up and about. Dementia loves couch potatoes.

You shouldn’t always correct someone with dementia. They are often confused, disoriented, delusional and have false beliefs due to their condition. Correcting them isn’t always the best approach because it can make them feel attacked. Instead be reassuring and calmly explain things to them. Living with dementia is challenging enough so its nice to feel loved and supported.

Fact 8: Dementia has no known cure and is sometimes fatal

Before dementia takes over the brain, it goes through stages that inevitably means the disease is progressing. Each stage comes with its share of obstacles. Although dementia has no cure it is possible to prolong its progression. An early diagnosis can help make the disease more manageable in the long run. Many people think that dementia is just about memory loss but that isn’t true and can be fatal in most cases. Dementia refers to progressive damage to the brain – memory loss is a symptom of this. Given there is no cure for dementia, all people who are diagnosed with dementia die with it, but not always of it. Don’t lose hope because the care a person receives can greatly influence their safety and life expectancy.

Fact 9: A person can continue to live positively following a diagnosis

Although there is no cure, with the right support and some practical changes to adapt to your new reality, it’s possible to live fully and well with dementia. Having the right support system of family, friends and healthcare professionals and a routine is key. Getting diagnosed with dementia is life-altering, but it doesn’t mean life stops.

There are some preventative steps that can be taken to reduce the risk or early onset of dementia. These include not smoking, not drinking, exercising regularly, eating healthy and staying fit.

Keep in mind that dementia is not a disease, it’s the result of a culmination of other diseases.