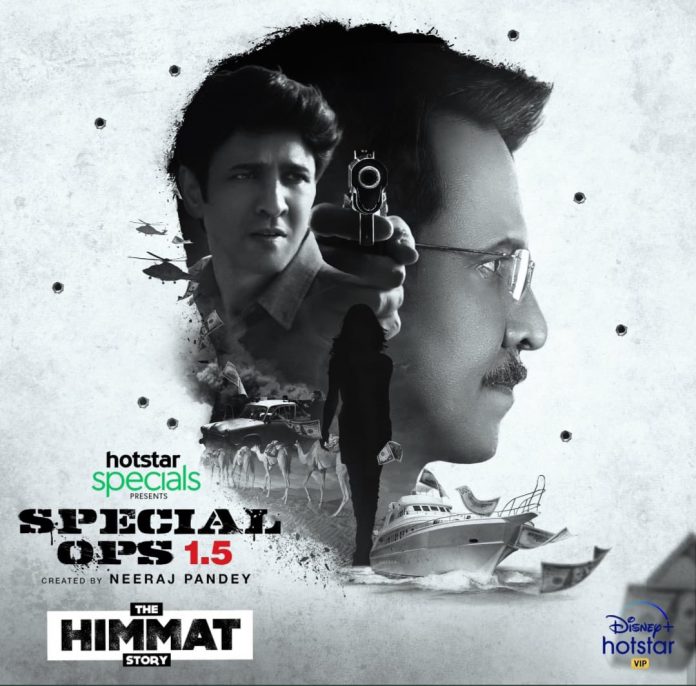 Created by Neeraj Pandey, who, going by his filmography, seems too fond of espionage yarns, Special Ops (2020) was a slick thriller, which may have suffered in comparison to The Family Man (2019), but made for satisfying viewing for those who like the genre.

Special Ops; 1.5: The Himmat Story is a prequel, an origin story of what made Himmat Singh a RAW legend, perhaps as a filler for the proper Season 2 with more action and smarter cloak-and-dagger shenanigans.

In this four-part mini-series—alternate episodes directed by Neeraj Pandey and Shivam Nair– is told in complicated flashbacks within flashbacks, as Himmat Singh’s (Kay Kay Menon) loyal friend and ally Abbas Sheikh (Vinay Pathak) is summoned by a committee of two clowns returning from Season One (Parmeet Sethi-K.P. Mukherjee), to tell them all about the man, for which some flimsy bureaucratic excuse is cooked up. Why would RAW or the Ministry of Defence not have details about their own top operatives?

So Himmat Singh is seen in his younger days, for which Kay Kay Menon is given a weird smooth-cheeked, thick-haired look, that looks fake and distracting. Even back then, he was a loose cannon, who did what he pleased, without anyone giving orders or keeping track of his whereabouts.

Collecting secrets of national importance—a giant McGuffin, because you never know what they are—diplomats and military honchos are honeytrapped with ridiculous ease; in one case, the besotted guy leaves top secret documents in an unlocked briefcase on his living room table for the girl to photograph. In another case, a man carries these great secrets on CDs in his backpack. Those who make espionage series or films in India, should watch some good ol’ James Bond movies or read books by Daniel Silva and Vince Flynn. In no self-respecting spy flick would an agent (Aftab Shivdasani) be standing in his hotel balcony with binoculars, in full view of the enemy, and then, on a crucial mission, halt surveillance to take a call from his wife!

Any journalist watching would howl with laughter when Himmat’s love interest announces proudly that she has been promoted to sub-editor!

Overlook the ‘facepalm’ silliness, and Special Ops 1.5 has action, pace, exotic locations and a dash of romance. Vinay Pathak as the narrator, and Adil Khan, as a cold-blooded agent, steal a march over the other actors. Aishwarya Sushmita as the all-purpose seducer of under-sexed Indian men needs a backstory of her own—when asked her name, she looks befuddled for a second, as if amidst the many aliases, she has forgotten her real name.

It’s not necessary to have watched the earlier show to enjoy this one, but it would help to understand some past connections.