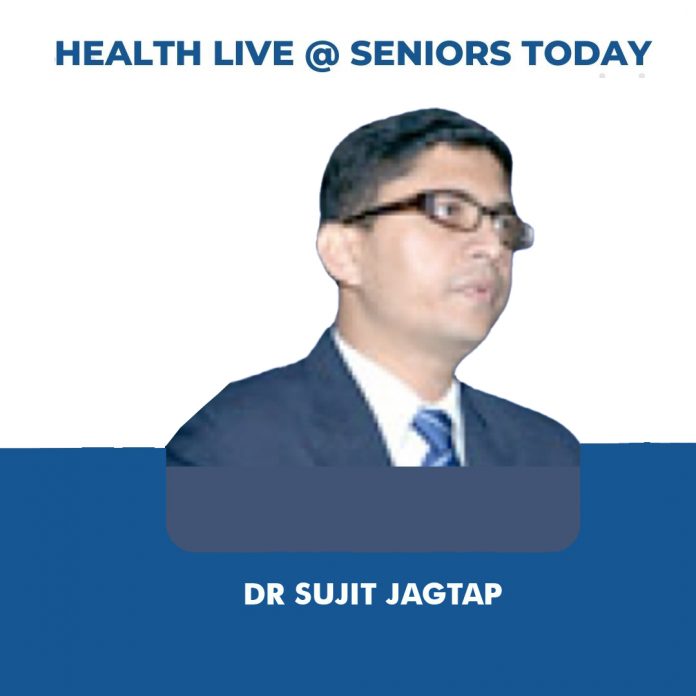 An MD, DM (Neurology), with Fellowship In Epilepsy (SCTIMST) and Board Certified Consultant In Sleep Medicine, Dr Jagtap is a Consultant Neurologist And Epileptologist. He is also attached to the Bajaj Allianz Centre For Comprehensive Epilepsy Care and the Deenanath Mangeshkar Hospital.

He is a recipient of the Ian-Aina and the San Servo Epilepsy fellowships. He bagged the first Prize For the Best Paper On Epilepsy At National Conference Of Indian Academy Of Neurology and has over 50 publications in national and international journals to his credit. He has done more than 600 epilepsy surgeries.

Epilepsy is such a disease that requires 24 hour care monitoring and observation along with a team of multi speciality doctors for early diagnosis and intervention to work on a single patient for his/her complete evaluation and assessment.

Dedicated epilepsy Centres in our country are few, we have one in western Maharashtra, 2 in Mumbai- KEM hospital and Kokilaben hospital. In Delhi, there is one in AIIMS, Delhi, Medicity, Delhi and Amruta hospital, Faridabad. There is also an epilepsy treatment centre in AIIMS, Cochin, Amruta hospital, Cochin and Srichitra hospital, Trivandrum, 4-5 centres in Gujarat are also available. In Punjab there are centres in PGIMER, Chandigarh and another in Ludhiana. NIMHAMS, Bangalore and another 3-4 hospitals have a centre. In Chennai there are another 2.

1 in every person is suffering from epilepsy. As the lifespan of human life is increasing, and people are entering their older years, the chances of the elderly having a seizure are increasing. As the lifespan will increase furthermore over the next few years, the number of people suffering from epilepsy will increase- in both the senior and younger population.

There is a misconception in the population that epilepsy is not a true disease but the body of the patient being possessed by a supernatural being.

They can further be sub classified into-

The number of cases/ the chances of having a seizure are high in the 1st month of life (neonatal period), then the graph goes down, stabilises and as the age increases, the graph again starts going up, which is why we are concerned about seizures in the senior patients/ population.

Fits/ seizures/ convulsions are all synonymous. There is abnormal and excess discharge in your brain and suddenly the patient sufferers from abnormal activity/ movements.

When somebody has 2 or more seizures 24 hours apart, without any provocatory illness (head injury/ electrolyte imbalance/ abnormal blood sugar levels), it is then called epilepsy.

When both hands and legs are involved with or without up rolling of the eyes, it is called a generalised seizure.

When we do not know whether the seizure started on one side or both the sides together, it called an unknown seizure

Depending on the part of the brain that is involved, the person behaves accordingly.

In the elderly generalised seizures are less common, which makes it difficult to understand that it can be/ make a diagnosis. It is also difficult to tell in the elderly whether it is a true seizure or a seizure mimic.

Differential diagnosis for seizures in the seniors:

How can you differentiate between a seizure and syncope?

– Seizures can happen in any position- standing/ sitting/ lying. Syncope, however, invariably occurs in the standing position, in situations where there is significant stress involved/ valsalva manoeuver/ cough.

– Seizure is rarely associated with sweating/ nausea however syncope is

Aura is commonly seen in seizures.

– In syncope the symptoms are usually bilateral, however in seizures they can be unilateral or bilateral.