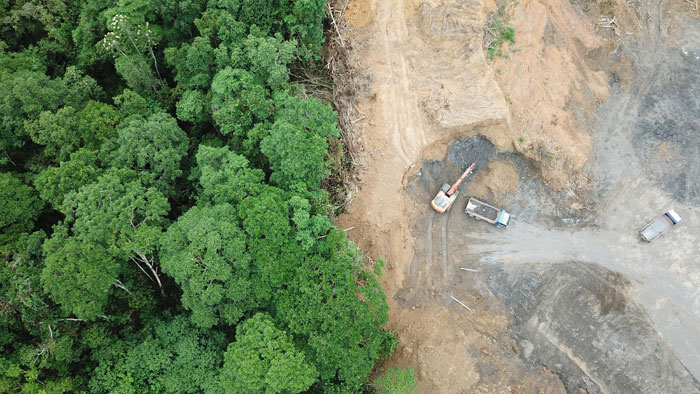 In the name of development, we have invaded nature for our needs. By Vickram Sethi

For men may come and men may go / But I go on forever.
– Alfred Lord Tennyson in the poem ‘The Brook’

We consider ourselves the “superior beings” – we know it all, we have all the solutions –  but the question is, at the hour of crisis when we have barely seen the tip of the iceberg, why do we find ourselves helpless and fragile? Why is it that all of a sudden, the “superior beings” are vulnerable to a speck of germ? Is this our doing, that has led to such a pandemic crisis?

In the name of development, we have invaded nature for our needs – from the tropical forests to the wild landscapes to the oceans. While we are aware that nature harbours many species of animals and plants that are disrupted by our invasion, still we cut the trees; we kill the animals; we cage them and send them to markets to feed on them. Overlooking the fact that within those creatures thrive many unknown viruses and we shake these viruses loose from their natural hosts. When that happens, they need a new host and often, we are it.

Why are the outbreaks of animal-borne and other infectious diseases such as Ebola, Sars, bird flu and now Covid-19, caused by a novel coronavirus, on the rise?

Only a decade or two ago it was widely thought that tropical forests and intact natural environments teeming with exotic wildlife threatened humans by harbouring the viruses and pathogens that lead to new diseases in humans such as Ebola, HIV and dengue. But today it is actually humanity’s destruction of biodiversity, that creates the conditions for new viruses and diseases such as Covid-19.

Pathogens are spreading from animals to humans and many are able to spread quickly to new places. The US Centers for Disease Control and Prevention (CDC) estimates that three-quarters of new or emerging diseases that infect humans originate in animals.

In 2008, a team of researchers identified 335 diseases that emerged between 1960 and 2004, at least 60% of which came from animals. These zoonotic diseases are linked to environmental change and human behaviour. The disruption of pristine forests driven by logging, mining, road building through remote places, rapid urbanisation and population growth is bringing people into closer contact with animal species they may never have been near before.

The resulting transmission of disease from wildlife to humans is a hidden cost of human economic development. There are just so many more of us, in every environment. We are going into largely undisturbed places and being exposed more and more. We are creating habitats where viruses are transmitted more easily, and then we are surprised that we have new ones.

Simpler systems get an amplification effect – we tear down landscapes and the species in degraded habitats are likely to carry more viruses which infect humans. There are countless pathogens out there continuing to evolve, which at some point could pose a threat to humans. While the risk of pathogens jumping from animals to humans has always been there, some, like rabies and plague, crossed from animals centuries ago. 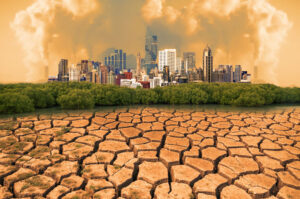 The difference between now and a few decades ago, is that diseases are likely to spring up in both urban and natural environments. But we have created densely packed populations where alongside us are bats and rodents and birds, pets and other living things. This creates intense interaction and opportunities for pathogens to move from species to species.

For all we know the coronavirus outbreak is only the tip of the iceberg. There could be zillions of pathogens that are yet to be discovered. By reducing the natural barriers between human and host animals – in which the virus is naturally circulating – we are creating the conditions for the spread of diseases ourselves. Wildlife everywhere is being put under more stress. Major landscape changes cause animals to lose habitats, which means species become crowded together and also come into greater contact with humans.

Altering the ecosystem affects the complex cycle of the pathogen. Nature poses threats, it is true, but it’s human activities that do the real damage. The health risks in a natural environment is much worse when we interfere with it. If we aren’t careful now, there will be more new pathogens with other impacts that could be bigger than large-scale human mortalities.

Rodents and some bats thrive when we disrupt natural habitats. They are the most likely to promote transmissions of pathogens. The more we disturb the forests and habitats, the more danger we are in. Environmental changes influence the probability that humans will be exposed to infectious diseases.

Disease ecologists argue that viruses and other pathogens are also likely to move from animals to humans in the many informal markets that have sprung up to provide fresh meat to fast-growing urban populations around the world. Here, animals are slaughtered, cut up and sold on the spot. The “wet market” (one that sells fresh produce and meat) in Wuhan, thought by the Chinese government to be the starting point of the current Covid-19 pandemic, was known to sell numerous wild animals, including live wolf pups, salamanders, crocodiles, scorpions, rats, squirrels, foxes, civets and turtles.

Equally, urban markets in west and central Africa sell monkeys, bats, rats, and dozens of species of bird, mammal, insect and rodent slaughtered and sold close to open refuse dumps and with no drainage. Wet markets make a perfect storm for cross-species transmission of pathogens. When species interact with a range of other species in one place, whether that is in a natural environment like a forest or a wet market, there is bound to be a spillover at a point, because they aren’t supposed to interact closely.

What can we do?

The risks are greater now. They were always present and have been there for generations. It is our interactions with that risk which must be changed.

We need to change our behavior towards biodiversity. And the change must come from both rich and poor societies. Demand for wood, minerals and resources from the global north leads to the degraded landscapes and ecological disruption that drives diseases. We must think about global biosecurity, find the weak points and bolster. Otherwise we can expect more of the same.

We are in an era now of chronic emergency; diseases are more likely to travel further and faster than before, which means we must be faster in our responses. It needs investment, change in human behaviour, and it means we must listen to people at community levels.

Now the big task is how to get the message about pathogens and diseases to hunters, loggers, market traders and consumers. Awareness around the globe is essential. The spread of pathogens starts with one or two people and the solution is education and awareness. The leaders of the world must make humanity aware that things have to be done differently from now on. We need to treat our mother earth with distinction or surely face extinction. Now is the time we need to be prepared. We can’t predict where the next pandemic will come from. The only certain thing is that the next one will surely come.

Turns out the “superior beings” are super fragile to mother nature’s tiny speck. Imagine what would happen if nature retaliates against what we have been doing to her. Mankind can be so arrogant and careless; this time reminds us to care for our earth, or pay the price.