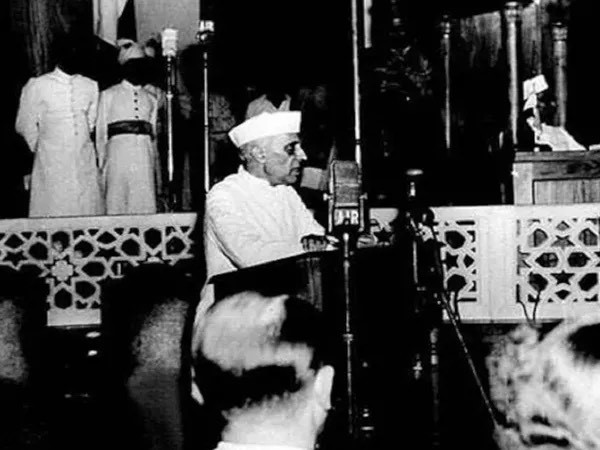 Independence was a different cup of tea when India was a young country, reminisces Prabhakar Mundkur

“Long years ago we made a tryst with destiny, and now the time comes when we shall redeem our pledge, not wholly or in full measure, but very substantially.” –Jawaharlal Nehru

Prime Minister Jawaharlal Nehru delivered his famous Tryst with Destiny speech to the Constituent Assembly close to the midnight hour on August 14, 1947. The speech went down in history as one of the most significant speeches of the 20th century. Independence Day is an emotional date. It is the most cherished symbol of liberty, capturing the convictions of many hearts and souls. For me it is also a walk down memory lane. It is one of the three national holidays along with Republic Day and Gandhi Jayanti.

Also in many ways my mind goes back to life in the 50s and 60s. It was a simple life. There was no internet and smartphones. One had to struggle and go on a waiting list to get a telephone connection until MTNL started this new scheme called OYT (own your telephone) which required you to pay a deposit that hastened the process of getting a land line. I can’t quite remember the exact year but it was sometime in the 60s when I remember the price of petrol as Re 1 per litre. So you could give a Rs 5 note to get 5 litres.

We only had two cars to choose from those days, the Fiat and the Ambassador. My family owned a 1956 Landmaster, the model previous to the Ambassador. Great work horses. It was the days of the queue. A queue for everything; for rations, at the bank, for a Bajaj scooter and later for an EC TV set and everything else. It was Atmanirbhar without quite spelling it out like we do today. Choices were limited. The quasi-socialist economy propagated by Pandit Nehru meant that we had to consume only what we produced, but unfortunately we didn’t produce much, creating a short supply of goods and services.

The only watch produced by the country was HMT and everyone proudly wore it. Another great example of Atmanirbhar. They were good manual winding watches. I remember my first watch was a hand-me-down from my uncle when I was still in school. Such was the emotional attachment to the HMT that I have been busy re-acquiring some of them. I was also also able to restore my late father’s Janata and I wear the HMT for purely emotional reasons. It transports me back into the past.

My memories of the 50s and 60s are quite unique. For one I don’t remember the teeming millions that I see today when I leave home. That is not surprising. Our population although still large by world standards was only 45 crore (450 million) in 1960. That is almost a third of what it is today. The streets were relatively empty, much fewer cars on the road, and in many ways it felt like what a trip overseas today may feel like. Uncrowded, with enough space for everyone to move around. One didn’t have to be touching another person’s body to travel by train. And there were no standing passengers in the buses. In the 60s it took me exactly 45 minutes to cycle to Aarey Milk Colony from my home in Shivaji Park. Today the thought of making my way through the traffic on the Western Express Highway by car is a daunting experience.

The unusual transport of those days of course was the tram, that started at VT (Chhatrapati Shivaji Terminus) and ended at what was then called the Khodadad Circle at Dadar. It was a very enjoyable ride and I still remember the joy of getting into a tram. To relive my experience, I took several tram rides at the Hague many years ago. For some reason this Dutch city has retained the charm of this seemingly
old-fashioned transport.

For some reason some simple pleasures from our colonial past still existed those days. The Coca Cola company entered the country way back in 1950. Their entry was marked by their first bottling plant Pure Drinks Ltd. For some reason we could still drink Coke until 1977 when George Fernandes who was Minister of Industries was able to oust them from the country through the implementation of the Foreign Exchange Act through a provision which stipulated that foreign companies must dilute their equity to 60% something that was not agreeable to either Coke or IBM, the two iconic companies that left India.

India of course has come a long way since those days. But I still cherish the memories of the India of the past. They were innocent days of a young country trying to make its way into the world while shaking off its colonial past.