Why Apple Cider Vinegar has immense benefits for seniors 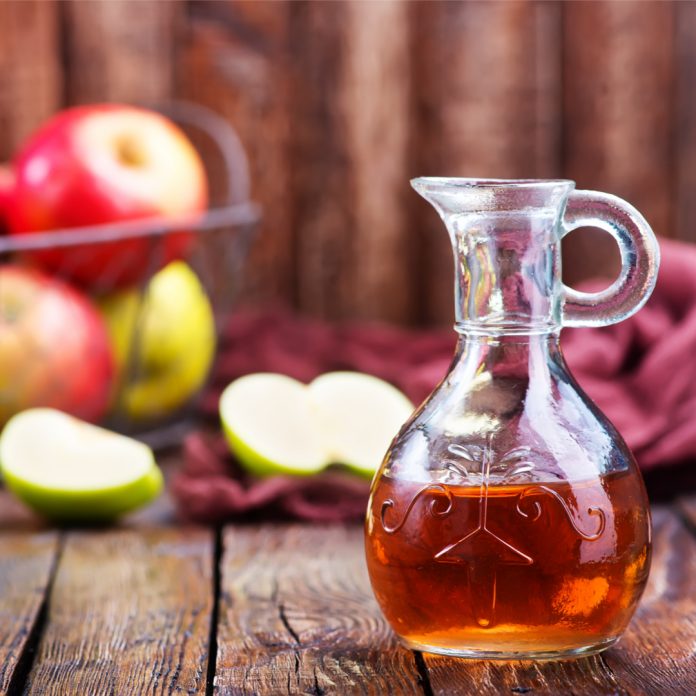 It’s been around for a long while and its benefits are proven as too good to ignore, especially for seniors; so if you haven’t included Apple Cider Vinegar as an addition to your diet, this article will shed some light on why its time you should.

As seniors we, know all too well that life brings in some strange health conditions which are attributed mainly to the ageing process. Fortunately for us, the earth is kind enough to lend us the fruits of its soil, which go a long way in helping us live a more healthy life. Apple Cider Vinegar is such a product.

Apple Cider Vinegar, popularly known as ACV, is a natural medicine from whose consumption our body gets immense health benefits. There are several types of vinegar such as distilled white vinegar, balsamic vinegar, sherry vinegar, malt vinegar and many more plus apple cider vinegar. Well, among all these vinegars, apple cider vinegar, i.e. apple vinegar is considered to be the best and most beneficial.

What is apple cider vinegar?

Apple cider vinegar is a type of vinegar produced from apples. It has a very strong taste that can easily overpower other ingredients when cooking, so it’s important to add small amounts. It also takes some time for you to get used to the sour taste, so always start with a small amount.

How is apple cider vinegar made?

It is made by fermenting apples and then distilling it in a closed container, which means that the acetic acid is preserved and stays in the liquid. Acetic acid is the most important ingredient of ACV.

The process of making the vinegar takes roughly two months, though it can take up to three years in the case of the most artisanal ones.

Here are 10 reasons why it’s worth drinking apple cider vinegar, for improving your health in general:

The mother is the cloudy strings of naturally occurring pectin and proteins that form during fermentation. Filtered and pasteurised vinegars will not have this and lack the enzymes and other nutritional properties in raw ACV. It is the mother in ACV, which has such a positive effect on the digestive process.

When you drink apple cider vinegar regularly, ideally before each main meal, you digestion improves and you naturally begin assimilating more from your food.

This can also reduce hunger and help with fat burn.

Regular apple cider vinegar in water is believed to help correct low stomach acid conditions that leads to heartburn. Importantly, straight ACV is very strong and likely to be too powerful for heartburn sufferers, and especially those with ulcers, so make sure you dilute it well.

Apple cider vinegar can also be useful as a mild laxative to stimulate peristalsis in cases of occasional constipation. It will be neutral in effect if your bowel movements are already regular.

ACV is full of beneficial acids which are believed to help improve the quality of your intestinal flora.

These include acetic acid and malic acid, which have antibacterial, antimicrobial and anti-fungal properties and can help control the spread of the candida fungus in your intestines, a common and debilitating problem with many people’s high sugar diets.

Your intestinal floras are a big part of your body’s immune system. It makes sense then that improving the conditions for the growth of friendly bacteria with apple cider vinegar can help improve your overall immunity.

The malic acid in ACV is also a strong antiviral, perhaps one of the reasons people often say they experience fewer colds when they take apple cider vinegar in water daily.

Additionally, raw and unfiltered apple cider vinegar is said to benefit your lymphatic system by helping to cleanse lymph nodes and break up mucus in the body. Over time this can relieve sinus congestion, reduce colds, and alleviate allergies.

Apple cider vinegar is full of acetic acid which appears to slow down the digestion of simple carbohydrates, thus regulating blood sugar levels from the ( spikes),  brief highs and longer lows of a high carb diet.

The anti-glycemic effect of ACV has been proven in several studies, citing that, “vinegar can significantly improve post-prandial insulin and sensitivity in insulin resistant subjects…thus; vinegar may possess physiological effects similar to acarbose or metformin (anti-diabetic drugs). It goes on to say, further investigations to examine the efficacy of vinegar as an ant diabetic therapy are warranted.”

Some studies have shown that apple cider vinegar may lower high blood pressure and there are many reports in online forums of using it for this purpose.

It’s possible that ACV increases nitric oxide production that helps relax blood vessels, or it may just have a generally beneficial effect on your cardiovascular system that, over time, naturally results in a lowering of high blood pressure.

One tablespoon of ACV in a large glass of water before each meal is often recommended as an effective dosage for daily detoxification.

The natural acids in real apple cider vinegar, like acetic and malic acid, can reduce the bacteria in your mouth that cause bad breath.

Using apple cider vinegar for halitosis, you would make it a bit stronger than when drinking it. Add one tablespoon to a third of a cup of water and swish it around for 20 seconds.

Drinking ACV regularly can have a very beneficial effect on your skin and scalp from the cellular level.

Apple cider vinegar balances your skin’s pH levels and has long been recommended as a skin tonic. It can also help treat dermatological conditions like acne, especially when used both internally and externally regularly.

It prevents dandruff and promotes a healthy scalp which slows down hair fall.

Sipping on an apple cider vinegar drink can increase low potassium levels in your body, a suspect in nighttime leg cramps and restless leg syndrome.

Tips on drinking ACV daily to improve your health

Despite been acidic outside the body, ACV, like lemon water, is recognized as a premier alkalising drink, which reduces acidosis in the body and has been reported to aid in recovering from a wide range of health conditions and diseases.

Start with a teaspoon and build up to a tablespoon of ACV in a big (200ml) glass of water daily.  For best results, drink up, ideally 15 minutes before each meal.

The starting dosage is 1 tablespoon in a big glass of water and you can slowly increase the dosage, a teaspoon at a time over several weeks, to 2 or even 3 tablespoons, if you find the increased dosage beneficial to your health.

Yes it does taste a little sour, but that’s a good thing. It’s important to train your taste buds to not expect everything to be sweet.

If you really can’t handle it at the start, then try it with a drop of natural stevia sweetener, but using sugar or commercial honey to sweeten it will only feed the intestinal problems that ACV is used to treat.

Make sure to buy it fermented with “the mother” 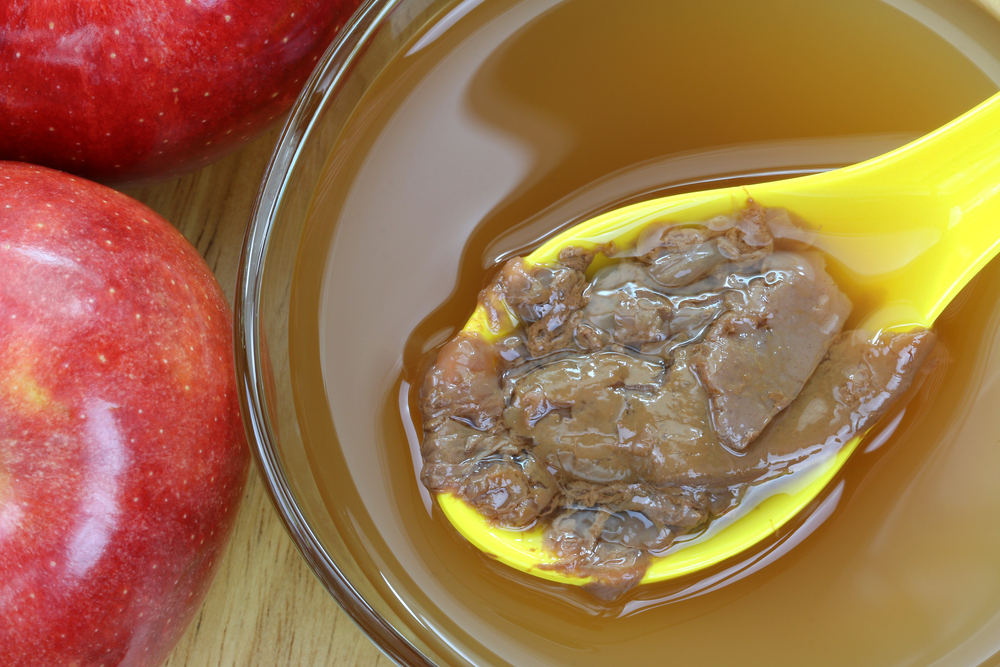 The traditional apple cider vinegar is made by vinegar makers who ferment it with “the mother”.  The mother of vinegar is said to contain healthy prebiotics, B vitamins, and iron – making it a desirable substance for many health-conscious consumers

It is highly suggested to buy organic apple cider vinegar with the mother to make sure the shelf life has not damaged the ACV over time. The major benefits from the vinegar come from the organic bacteria inside which are symbiotic to the bacteria inside the intestinal and digestive tract.

Is there a downside to apple cider vinegar?

If you have a diet with high vinegar content, a few warnings are in order:

A note of caution; do consult with your dietician and physician before adding any food or drink to your diet.

Some brands and approximate cost of organic apple cider vinegar

When it comes to the benefits of apple cider vinegar for seniors, using the real organic liquid form is the best option.

Many marketing techniques will try to sell the pill form or tablet form but this product simply is not beneficial compared to the traditional organic form which you can drink or drizzle on your food.