Diwali – A Festival beyond Just Sweets and Firecrackers 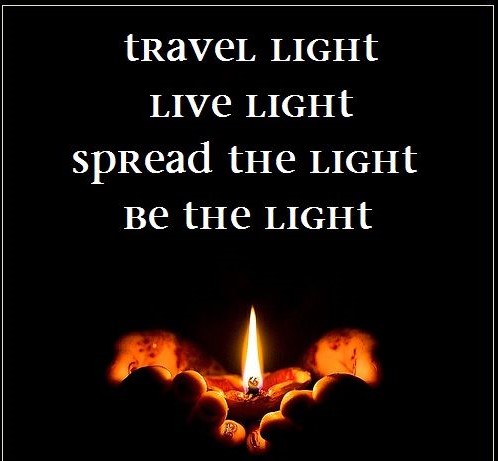 Amavasya or new moon in {sidereal} Libra, is an auspicious and meaningful Hindu holyday and festival called Diwali or Dipavali, the festival of lights.

Undoubtedly the most celebrated festival in India, Diwali’s history and significance is deep rooted and has various connotations within Hinduism.

2. According to a popular tradition, the reason to celebrate Diwali is because this day marked Lord Rama’s victory over demon Ravanaas mentioned in the epic, Ramayana. According to Ramayana, when Lord Rama was serving exile for 14 years in the jungle with his younger brother, Lakshmana, and wife Sita, the tyrant king of Lanka, Ravana, driven by the lust of power and arrogance, abducted Sita, leaving Rama no option but to retort so as to break free his wife from the clutch of Ravana. This ultimately led to a pitch-war between Rama and Ravana. The war finally concluded with Ravana being killed by Rama, and Sita being freed from his captivity. The victory of Lord Rama was celebrated with great pomp and shows by the subjects of Ayodhya on return of Rama, Lakshmana and Sita.

3. Diwali is celebrated because the associated deity of the festival, Laxmi, was born out of churning of the cosmic ocean, the process called Samudra manthan. The deity wedded to Lord Vishnu which later was commemorated with great splendour leading to festivities.

4. According to Vaishnavism Tradition, goddess Lakshmi is considered Supreme Divine Being as goddess of wealth and prosperity. She is the consort of supreme Lord Vishnu. During Samudra Manthan, Laxmi came in her first incarnation during Amavasya of Kartik month. Therefore, Diwali is celebrated as the birthday of goddess Laxmi, considering she came into being from churning of cosmic ocean.

5. Another reason for celebrating Diwali relates to the fifth incarnation of Lord Vishnu as Vamana in order to rescue Lakshmi from the captivity of King Bali.

6. The celebration of Diwali has its mythological account with the incident involving Lord Krishna when he killed Narakasura, the ruler of the kingdom Pradyoshpur. The son of BhooDevee, Narakasura was a tyrant king. The boon of Brahma made him omnipotent. Blinded by his power and pride, he held captive of 16,000 women. The intervention of Lord Krishna to put an end to the tyranny of Narakasura came into light when celestial bodies pleaded him to kill the despotic king. Krishna, with his wife, Satyabhaamaa, engaged in pitch battle with Narakasura. The war concluded with Narakasura’s ending at the hands of Satyabhaamaa.

7. According to Mahabharata, when Pandavas (Yudhishthira, Bhima, Arjuna, Nakula, and Sahadeva) completed their exile for 13 years as a result of banishment sentenced by Kauravas in the aftermath of their defeat in the game of dice, their return was celebrated with Diwali by the subjects of Hastinapura.

8. Diwali is also celebrated to commemorate coronation of the greatest king of Ujjain, Vikramaditya, who’s reign is considered one of the best ever in India’s history.

9. Diwali marks the day when the founder of Jainism, Mahavir Tirthankar attained his Nirvana or omniscience, when he was 42.

Diwali or Dipavali literally means a row of lights.

The powerful message being:

Even at the moments of greatest darkness, the light always triumphs and removes all ignorance and suffering.

Astrologically, the day of Diwali is the darkest day of the year.

Why? Because the Sun is in its constellation of debilitation (sidereal Libra) and the moon is in total darkness (just before the new moon), so it doesn’t reflect any light from the Sun towards the earth.

The darkness and weakness of the sun and the moon at this time tends to have a darkening effect on the mind and emotions.

But Diwali is a reminder that the light of the Atman, the innermost Self, The Divine within, is beyond the mind, beyond the body, beyond the emotions and beyond the effect of the Sun or the moon and it always prevails, even at the time of maximum external darkness.

Puranic literature talks about a time of great universal darkness when a demon called Narakasura, in his thirst for power, managed to conquer and submit the whole world, even the heavens, where the Devas (beings of light) became powerless and oppressed by him.

Not satisfied with his lordship over the whole world, he assaulted and kidnaped all women and forced them to be part of his harem. But at that time of greatest darkness, Sri Krishna, the incarnation of the Paramatman, slayed the demon, bringing back the light and dharma to the universe and the power to the Devas.

Narakasura also represents the internal demon who assaults our mind, filling it with negative thoughts, the ignorant or lower mind, the one attached to power and materialism. This darker side of the mind is to be re-conquered by meditation and realisation of the Atman and the Divine light within, the real Master of the mind.

The story of Rama depicts the same situation, when powerful Demon Ravana kidnaped Rama’s wife Sita and took her to his abode. Sita also represents Lakshmi, the supreme light, the goddess, universal mother, all the good qualities of the mind, in whose absence there can only be darkness.
After a painful time in exile from home, finally Rama kills the demon and rescues Sita, returning home to Ayodhya with her.

Again this story reiterates the defeat of darkness, the recovering of the light and the return to our own dwelling, the innermost cave of our heart, or Atman.

The marriage of Vishnu and Lakshmi also represents the union of the Jivatman or individual soul with the Paramatman or divine soul. The two merging in a marital embrace represents the purest and highest devotional love which destroys all forms of pain and darkness.

The festival of Diwali actually starts on the 13th moon day (tryodasi) of the dark fortnight which is the celebration of the birth of Dhanwantari, a manifestation of Vishnu, the master of Ayurveda and all healing sciences. He came up from the churning of the cosmic ocean, with the pot of Nectar or “Amrit” in his hands.

The following excerpt from Swami Sivananda’s book “Hindu fasts and festivals” sums up the deeper significance of Diwali:

“O Ram! The light of lights, the self-luminous inner light of the Self is ever shining steadily in the chamber of your heart. Sit quietly. Close your eyes. Withdraw the senses. Fix the mind on this supreme light and enjoy the real Dipavali, by attaining illumination of the soul.

He who Himself sees all but whom no one beholds, who illumines the intellect, the sun, the moon and the stars and the whole universe but whom they cannot illumine, He indeed is Brahman, He is the inner Self. Celebrate the real Dipavali by living in Brahman, and enjoy the eternal bliss of the soul.

The sun does not shine there, nor do the moon and the stars, nor do lightning shine and much less fire. All the lights of the world cannot be compared even to a ray of the inner light of the Self. Merge yourself in this light of lights and enjoy the supreme Dipavali.

Many Dipavali festivals have come and gone. Yet the hearts of the vast majority are as dark as the night of the new moon. The house is lit with lamps, but the heart is full of the darkness of ignorance. O man! Wake up from the slumber of ignorance. Realise the constant and eternal light of the Soul which neither rises nor sets, through meditation and deep enquiry.

May you find and nurture your inner light and may it bring you pure peace and joy this Diwali.