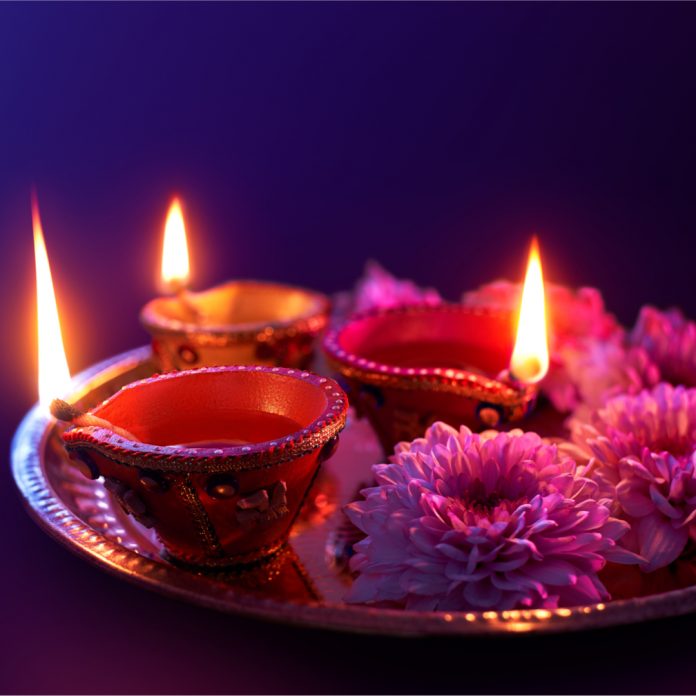 Migration, ease of communication, a penchant for gold and all things shiny makes Diwali significant to people the world over, and none more so than in China. The excitement of this colorful Festival of Lights, firecrackers, jewelry and bonhomie is as evident in the cramped factories of Tianjin and Guangdong as it is in the villages from Kashmir to Kanyakumari. Alibaba and his brigade of forty are prepared way ahead of time with dragon light fireworks, LED lamps, plastic flowers and idols, all of which are marketed to distributors bereft of quality much like single-use plastic bags. As a matter of fact, it would be safe to say that the business of Diwali has overtaken Christmas in a race that sanctifies monetary gains while exploiting religious sentiment.

If it reads like I am turning this essay underlining the cause of artisans from Kashmir to Kanyakumari, then you, my friends would fall into the category of astute. However, the above is not meant to fan the flames of antagonism against China, as Xi is quite capable of acing that single-handedly. I simply want to to assert that quality should pre-empt avarice. In doing so, am I blindsiding the weary Chinese laborers?  Probably. In the spirit of advocating swadeshi goods and championing the cause of my own, I stand guilty of putting nation first. For, I am not the UN, which, by the way has failed miserably by losing sight of it’s goals at inception. Plus, I of late have concluded that each regime be left to fend for its own because foreign interference can be perceived as escalating chaos. Case in point, most recently, Afghanistan!

In stating the above, I have firmly betrothed my solidarity. Last week, I marched into an Indian store and paid US $4 (roughly equivalent to INR 300) each for clay made diyas. Then I picked up boxes of mithai (flown in from Surat) at the Swaminarayan temple’s business wing BAPS Shayona for an exorbitant rate. I bought Diwali finery from the Cottage Industry government websites. On Dhanteras, when the Indian jewelry stores inflated their prices by adding premiums, I bought gold and silver coins from an NGO affiliated organization.  Also, this year I did something extra.  I made donations to Meals on Wheels which feeds the elderly, Star of Hope takes care of displaced families and the Veterans Organization  who helps rehabilitate disabled war veterans.

I enjoyed Diwali in spite of blowing my budget significantly and adding fat cells to the chagrin of many a kurti in the coming days. I feel self-satisfied because I made an attempt to get into the spirit of giving and am allowing myself a feeling of ‘I did good’. I received cards with messages to have a joyous Diwali and a Prosperous New Year and I left no stone unturned in doing the same and hopefully you all made this week just as meaningful as the Khan family.

So, with hands folded, I wish you a wonderful Nutan Varsha Abhinandan and a humble plea to enjoy each day with love, to impart happiness and keep in mind the brave soldiers that serve to defend your freedom..