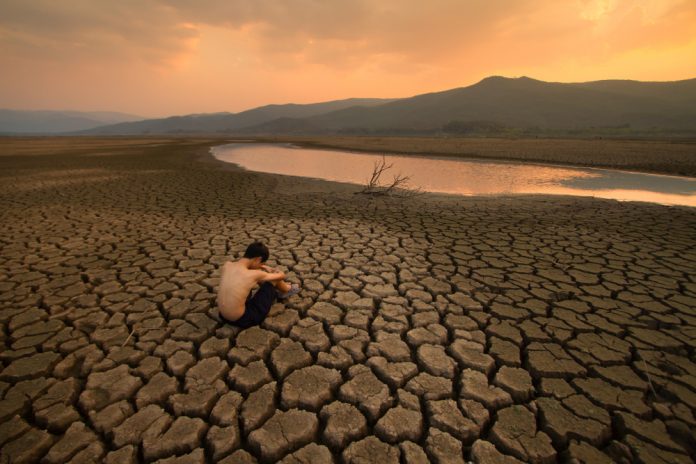 Climate change is turning up the heat on the pressure-cooker life stage 0f adolescence, by increasing the frequency, intensity and duration of weather-related stressors such as drought, heat waves, cyclones and floods. Exposure to such events is linked to increased risk of PTSD, anxiety and depression, which compromise long-term mental health resilience.

With record-breaking heat waves, wildfires and floods, 2021 may be the year we finally wake up to climate change. According to the most recent assessment of the International Panel on Climate Change, the effects are now “widespread, rapid, and intensifying.” Many impacts are irreversible and changes to oceans, ice sheets and sea levels will persist for thousands of years.

In August, the United Nations Children’s Fund reported that half the world’s 2.2 billion children are at “extremely high risk” from the impacts of climate change. More than 230 health-care journals have since published a joint editorial calling for urgent action to address the “catastrophic harm to health” from climate change.

Despite these warnings, surprisingly little has been written about the mental health consequences of climate change for children.

In a new research paper, we show that climate change is already affecting the healthy psychological development of children worldwide. These impacts begin before birth and stretch across development, and will accelerate as climate change advances.

Although awareness about climate change and mental health is increasing, most attention has focused on the issue of worry about climate change — sometimes called “eco-anxiety” — and the effects of single acute stressors such as extreme weather events. While these problems are important, mental health (both good and bad) is not the consequence of single events, but rather the result of complex causal chains that begin before birth and unfold across development.

The approach is based on the observation that most mental disorders begin early in life, that disorders are the consequence of genetic, psychosocial and environmental factors — including the interplay between them — and that the timing, severity and duration of early-life stressors can have life-long effects on psychological health and well-being.

Developmental approaches are well-suited to studying the effects of complex, interactive and ongoing stressors like those that arise in the context of climate change. This can be illustrated with several concrete examples.

Childhood is a period of extremely high developmental vulnerability. Even before birth, acute environmental stressors — such as hurricanes, wildfires, floods and heat waves — can traumatize the mother physically and mentally. These experiences can harm the developing fetus and increase disease vulnerability for the unborn child throughout life.

From birth to age five, children are highly vulnerable to infectious disease, environmental toxins, heat exposure and dehydration. Physical health problems can delay reaching developmental milestones in areas such as cognition and language, and these interact with and increase mental health vulnerability.

In the middle childhood period (six to 12 years), children remain vulnerable to acute and chronic environmental stressors, and become more able to understand climate change and its anticipated impacts. This heightens their capacity to experience stress and anxiety about the consequences of living on a warming planet.

Adolescence on a warming planet

Major physiological, hormonal and social changes characterize adolescence and many teenagers feel overwhelmed by the challenges presented during this time. The peak age of onset for any psychiatric disorder is 14.5 years, and around half of all disorders are established before age 18.

Climate change is turning up the heat on this pressure-cooker life stage by increasing the frequency, intensity and duration of weather-related stressors such as drought, heat waves, cyclones and floods. Exposure to such events is linked to increased risk of PTSD, anxiety and depression, which compromise long-term mental health resilience.

In other words, climate change is creating new risks for children and adolescents because it can trigger a cascade of abnormal developmental changes that interact in complex ways to undermine healthy psychological maturation across the life course.

The best way to protect children from the effects of climate change is to aggressively mitigate global heating and supercharge adaptation to the harm it has already done. This may seem obvious, but the persistent failure of national governments to collectively tackle climate change has crushed optimism and nibbled away at hope.

Many young people feel helpless and betrayed and are angry with adults for failing to prevent the climate crisis. They can and should be empowered to participate in adaptation and response planning. Effective climate change education is central to this end. It can help children cope and lay the foundation for a new generation of engaged citizens and effective leadership.

Around 85 per cent of the world’s children live in developing countries that are most vulnerable to climate change, despite being least responsible for causing it. Swift and effective action to reduce this burden is therefore a matter of major international and inter-generational justice.

No time to lose

Healthy psychological development underpins societies’ future social, economic and human capital, but it is being undermined by unchecked climate change. The damage begins before birth and cascades across development, with each unresolved challenge setting traps for the next.

Rapid and effective action to reduce these risks is a pressing practical and moral imperative and a critical investment in the health and well-being of current and future generations of children around the world. There is no time to lose.

Most children with mental health problems, including those living in high-income countries, receive no treatment.