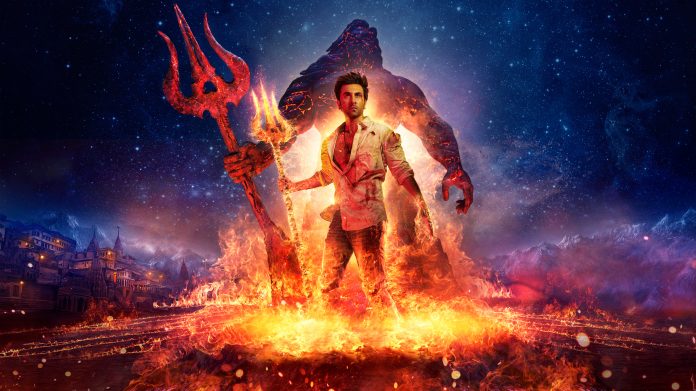 A family outing yesterday, a curious albeit a reluctant accompanier, saw me spending a mini fortune to experience the latest Hindi film, Brahmastra in 3D format. It is a lavishly mounted visual feast and a VFX treat undoubtedly, all fire and fireballs seemingly hurling at us within inches of our eyeballs, thanks to the special glasses to facilitate that immersive experience of the sensory spectacle. Little wonder, it boasts about production costs upwards of Rs 400 crore, a major part of  which will be fees of the impressive star assemblage, I am sure. Apart from the VFX, there is little to write home about the poor screen presence of the lead cast or the storyline or the script or the editing, particularly making the second half of the movie rather tedious and repetitive. Thus far, there has been a mixed response from the audience, although the box-office seems to be clinking and tinkling in the first few days of the film’s opening. With the OTT and overseas rights, the makers hope to  rake in the moolah and offer a welcome silver lining for the hit-parched Bollywood, though these are early days yet.

This is not meant to be a film critique nor am I competent at that, but rather about a more serious subject and the context of ‘brahmastra’, the title of the film. What had piqued my interest in the first place was the title of the film (in my mind, the divine attributes of brahmastra) and the connect to the content or storyline of the film. I was dismayed at the tenuousness of the connect, except for the facetious allusion to brahmastra being a potent force or a weapon of destruction and used conveniently to mount it grandiosely on the screen. To add a dash of seriousness, the film talks about brahmansh (a secret society of some divined people who have knowledge about brahmastra), the main protagonist’s imperviousness to fire, the antagonist invoking the supreme power of what looks like a Shiva silhouette and going after certain brahmansh members to harness the brahmastra, bandying about words like brahmadanda, agnyastra, etc. Notwithstanding the creative licence and liberty of the film’s creators, it is at best a fatuous reference to the scriptures and beliefs of the Hindus. To be fair, and thankfully so, religious sentiments have not been hurt, though sections of the social media have tried to raise a controversy to disgrace the film and troll it. Hopefully, Part Two and Part Three in the planned trilogy will do justice to a serious topic that the title represents and make it meaningful and relevant.

This begs the question about the awareness of brahmastra or its scriptural significance even amongst the followers of the religion. While the story (it is the usual masala mix of love and action) did not resonate with me much and I did not like it except for the VFX and I said so to my family, I got an incredulous look of surprise from one and a justification that it is all about the Hindu mythology. Hardly that, I will say. We agreed to disagree in a conciliatory  note. I also talked to some of my friends and acquaintances to know about their understanding of brahmastra. Not surprisingly, except for a vague impression about it being some kind of a weapon (astra) of mass destruction, none knew about it in detail or its reference in the scriptures. One added a metaphoric dimension to say that it is a generic term to mean a ‘solution of last resort’ in life.

It is not about just Hindus. I suspect that across religions, be it Christianity or Islam or Zoroastrians or Jews, except for the basics of rituals and festivals and prayers and visits to temples, churches, mosques, agiaries and synagogues, 99.99% of the respective religionists will be clueless, save at a superfluous level, about their scriptures, genesis, evolution and the deeper significance. Less said the better about their understanding of the other religions; that is asking for too much, I suppose. The confusing overload of a million information on the net and media and the notorious WhatsApp (WA) University disseminations only add to the pitiable state. When the scriptures are not taught in the formative years, how can there be any knowledge or wisdom about any religion at all, except at superfluous levels dished out on celluloid.

Quite frankly, I do not remember the last time that my children or nephews or nieces or friends’ children (from across religions)  might have visited their respective places of worship. In a lighter vein, a Christian friend of mine had this simple story to tell: There was this smart schoolgoing kid full of bean and enthusiasm who was not particular about visiting the church regularly. Her mother used to keep telling her to attend the weekly mass and at times used to admonish the kid as well. One day, in a bid to get her mother off her back, she said to her, I am sure my grandmother must have enjoyed the visits to the church much more than you do considering she used to visit the church more often than you do. Essentially, faith and observance are individual traits or belief systems and it is best not to enforce anything, but to let everyone discover and learn by themselves.

To explain brahmastra (and other astras) in an overarching way to the unversed, succinctly gleaning from references in the Hindu scriptures, they were powerful divine weapons which can wreak untold destruction of lives and lands and to be used only to vanquish the evil. Given their potent and irreversible destructive powers , they were booned very selectively by the Divine to deserving people who were seen as dharmic, mature and will be very circumspect in using them. Brahmastras were not meant to be used except in exceeding and extraordinary circumstances. The Trinity – Brahma (the creator), Vishnu (the preserver) and Mahesh or Shiva (the destroyer) had specific astras attributable to them. Broadly, those divined by Brahma were called Brahmastra, those divined by Vishnu were called Narayanastra and those divined by Shiva were called Pashupatastra. Besides these, there were other astras like agneystra, varunastra, vayuastra, nagastra, etc attributed to various divind entities like sun, water, wind, snakes, etc. Rama, Vishwamitra, Laxman, Vibhishana, Indrajit and some others in Ramayana were known to possess brahmastra or one or more of the other astras. Rama is supposed to have used the brahmastra to part the ocean to reach Lanka and also to kill Ravana. In Mahabharata, Arjun, Karna, Bhishma, Yudhishthira, Drona, Ashwatthama and some other were known to possess these astras and some of them used these weapons during the great 18 days war leading to annihilation of most. It is said that access to these divine weapons and knowledge of about these weapons ceased at the end of Mahabharata given the ensuing onset of Kaliyuga and the attendant adharmic people and falling values. Just imagine these divine astras in the wrong hands in these times and the threat to humanity!

To conclude, I am dreaming of a world where every religionist, besides knowing their own religion in depth, study and understand the other religions to ensure overall syncretism in the society, in thought and action. I remember my late uncle, a rationalist Hindu, studying and mastering the holy Quran and holding forth on Islam, whenever I met him. The world we live in could do well with a world less asunder and more surrender.  To me, that will be ultimate astra – not weapons of mass destruction, but means of universal love.